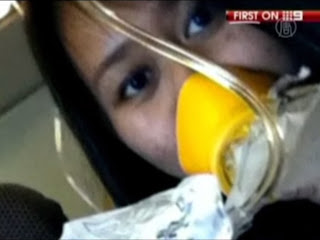 "TERRIFIED PASSENGERS!"
"MID AIR DRAMA!"
these are the kinds of phrases lavishly attached to the newspaper stories about the decompression on Qantas flight 670 on Tuesday. The Boeing 737 traveling from Adelaide to Melbourne was forced to make a rapid descent after losing cabin pressure at cruise altitude.
Sure, the pilots wanted a rapid descent. The period of time that average healthy individuals can remain in a robust state at 36,000 feet is less than a minute, according to tables on the time of useful consciousness. Smokers, people with heart and other health problems may have even less time than that.

What has not been reported in the flurry of wild-eyed coverage is just how frequently depressurization events occur. Several years ago, I wrote a lengthy piece on this subject focusing on two tragedies, Helios Flight 522 and the charter flight in which the golfer Payne Stewart was killed. Both the Helios Boeing 737 and Stewart’s Learjet were models with a history of depressurization troubles.
Helios Flight 522 was flying from Cyprus to Prague on August 13, 2005. The escalation of a minor problem at take-off to major disaster could be attributed to the cockpit crew’s failure to put on oxygen masks at the first warning that the cabin was not pressurizing. Confused and quickly becoming mentally sluggish, the pilots succumbed to unconsciousness trying to diagnose the problem. With the plane on autopilot it flew on for more than two hours until finally running out of fuel, it crashed outside of Athens. One hundred and twenty one people died.
Since the dawn of the jet age in 1959, there have been more than 3000 loss of pressurization events in United States alone according to a review of FAA statistics. The Helios disaster reinforced to pilots the necessity of donning oxygen masks before doing anything else and certainly before trying to determine the source of the problem.
One takeaway from Qantas flight 670 comes from what one of the passengers told a reporter after the plane landed.  The young woman said that when the oxygen mask dropped she had no idea what to do with it. Those of you reading this post over coffee, I hope haven't spit it across the room. I know, I know, that does seem incredible, especially to those of us who can recite the pre flight safety briefing by heart.
This woman’s experience calls to mind a phenomenon that British aviation writer Steven Barlay calls “negative panic.” In his book, The Final Call

, Barlay writes about about a number of accidents where passengers were injured or killed because a very real, fear-induced paralysis turned otherwise capable people helpless.
A few weeks ago I interviewed Doug Hughes an electrical engineer and air safety investigator for a story I wrote for The New York Times on the use of portable electronic devices on airplanes. I reported what most of us had already suspected. Many passengers do not turn off their personal electronics, even though they are required to do so when the plane is flying below 10 thousand feet. Passengers just decide that’s a rule they don’t need to follow. On the flights on which I am traveling, most passengers don’t seem to think they need to listen to the safety briefing either. Doug's pearl of wisdom on this subject is this;  ”There are four or five elements in air safety and one of the key ones is the passenger.” 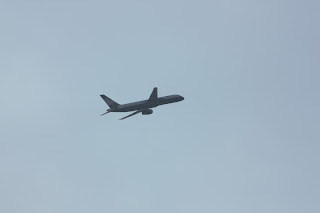 It’s a provocative statement -- love the passenger or hate the passenger, airlines and regulators don’t seem to want to partner with the passenger. They are more comfortable telling us to sit down and behave, when with just a little bit more explanation, we might just get the “why” behind all those rules. And passengers need to tune in when a century of lessons-learned is distilled into a few minute summation of  "what-ifs".
One thing’s for certain - there are 99 passengers in Australia who know now what they might not have known before flight 670. An airplane is equipped with oxygen masks because sometimes they will be needed. When they are, its a good idea to know how to use them.
Posted by Christine Negroni at 2:50 AM