The Rundown on Commuting and Fatigue on the Flight Deck 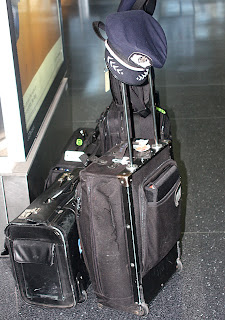 Before the crash of Colgan Air Flight 3407, there wasn't a lot of attention paid to the oftentimes grueling commuting schedule of pilots in the United States. At the office of the International Civil Aviation Organization, however, they've been talking about this for years. Next month, in fact, ICAO is expected  to adopt a fatigue risk management system that could result in airlines and regulators taking a more sophisticated approach rather than just smacking an arbitrary number into the rule book that says, "This is how much you can fly."

So it made for some pretty interesting reading tonight when a correspondent sent to me, hot off the press, the just-released interim report examining commuting and pilot fatigue. The U.S. Congress launched the National Research Council's Transportation Research Board on the subject with the full support of anyone who read even a single story about the Colgan Air fiasco.

The picture that emerged at the NTSB probable cause hearing into the crash was heartbreaking. It was downright tragic just how compromised both pilots were when they took command of the Bombardier Dash-8. The captain, Marvin Renslow, commuted to Newark from his home in Florida the night before the flight. He was apparently up working on a computer at 3:00 o'clock in morning. First officer Rebecca Shaw - sick with a head cold - arrived in Newark after jump-seating her way across the country from her home in Seattle. The NTSB didn't list fatigue or commuting as contributing factors in the final report, but in a distinction without a difference, concluded that the pilots' performance was likely impaired because of fatigue, but that it could not be determined "conclusively". 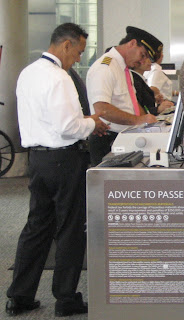 Until this disheartening accident no one apparently thought to ask just how many of the nation's pilots commute to work, how many hours that commute might be or how those travel hours should be factored into their flight schedules.

Which brings us to the NRC's assignment. Between now and the end of summer, they have ambitious plans to get the answers to those questions and many more. Eight pilot unions and nine airline associations have been asked to contribute, from business aviation to cargo operators, from the Flight Safety Foundation to the Regional Airline Association.

The committee is gathering ASARs data and NTSB accident reports and most illuminating I think, will be the zip code analysis, which will give the first comprehensive view of where pilots live compared to where they report to work.

Frankly, I can't wait to get my hands on that report and everyone else who travels by air and that especially includes the pilots, should feel the same way. We've been living in the age of 24/7 for far too long not to know more about it affects performance on the flight deck.

Posted by Christine Negroni at 10:52 PM

Christine,
As one who did the commute from west coast to east coast to fly for many years I can tell you that it is a real "killer". Until the FAA is taken out from under the control of the major airlines however, there will never be any meaningful changes to flight time and duty regulations....even with an ex airline pilot at the helm.

The duality of the FAA's mission is the key stumbling block. An agency cannot be responsible for safety while "promoting air travel".

I have many female friends who are crew members and have families. Some are single parents. I don't know how they do it. My hat is off to them, but it must be exhausting. I have male friends who have second jobs and some who run businesses on their days off. I am in awe of them as well. I'm glad to get the lawn mowed before I go on a trip.

You are right when you suggest that we evaluate what effect the 24/7 life has and look at some effective coping strategies.