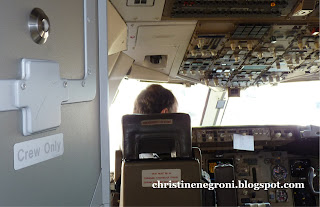 The Southwest Airlines captain whose big mouth rant of frustration over the lack of suitable flight attendants to date during a trip in March has made him the latest example of declining professionalism among airline pilots. He mistook his office for his personal conversation pit, yes indeed. But really, is all the fury about his piloting or his piggishness? And if the answer is the latter then really, what is all the fuss about?
From the Wall Street Journal to NBC News, to the flight attendants union and the Center for the Study of Women, Gender and Sexuality, everyone is weighing in on poor Capt. Bigmouth. Meantime, movies like Sex in the City 2, in which an entire nation is disparaged or Wedding Crashers which features a team of bachelors scheming to serially lie their way into bed with beautiful women, (not a gay, granny or grande among them) are just two on a lengthy list of blockbuster hits churned out of Hollywood proving that audiences just love rakish, randy, rogues.
So what's behind this a state of horrified outrage over the presumed-to-be-private conversation between two men piloting a flight from Austin to San Diego?  Trust me, its not because these pilots are the only ones who view flight attendants as co-workers with benefits. 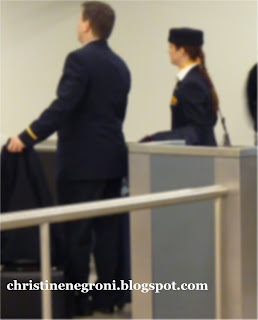 I'm sure to generate some controversy here, but truth be told, there's a certain lifestyle in commercial aviation that - whether they participate in it or not - is no secret to flight crews around the world. This involves socializing on layovers. Its a recipe for marriages and sometimes for divorce.
Some pilots misbehave and so do some flight attendants and for the most part the airlines  stay out of the way - unwilling to get involved in this enormously sticky state of affairs. Airlines could and should be more active in defining for their employees what is and what is not acceptable behavior considering the power imbalance between pilots and flight attendants. 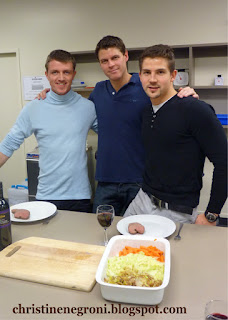 But no evidence has emerged so far that this Southwest pilot was anything more than a "player" in his personal life who had the misfortune to accidentally depress the transmit key on his microphone and share that fact with the world.
Last night, I was invited to a wonderful dinner with three students at CTC Wings, an airline pilot training center in Hamilton, New Zealand. It's so rewarding talk to young people happily anticipating a future doing what they love.
Perhaps it was the wine, but feeling somewhat philosophical I waxed on about something that - in the light of the Southwest story - seems almost prescient.
"When you put on your smart, dark uniform and head to the front of the airplane, you have two very important tasks," I told them. "The first is to get your passengers safely from A to B. The second is to represent your airline in such a way that travelers feel comfortable putting their lives in your hands." You can do the first and fail at the second, but not for long.
That's a lesson for young aspiring pilots and its a lesson for Capt. Bigmouth too.
Posted by Christine Negroni at 8:01 AM

As commercial pilots we have to always be aware that "Big Brother" is listening.

Heck, we aren't even supposed to chat below 10K!

Hi Jet! That's very true. I should have mentioned that in this case, its reported that the pilots were not in sterile cockpit. That would be an entirely different matter. Thanks for pointing that out.
Fly safe.
c.

When you're driving the bus, you put on your "professional" hat and leave it on for the duration. If you're flying with your buddies in your Columbia (I can always wish) then you can moan all you want about the lack (or excess) of talent in your organization - different conversations for different places.

Some of the comments on Southwest's FaceBook page really surprised me. Several folks swore off future flights on the airline and saw it as a company wide homophobic/sexist culture, while others ranted on it as an oppression of free speech.

In my estimation, there is only one person who made a complete ass of himself. Oh, the perils of a hot mic......

I've posted this on other discussions where this type of conversations have been debated. Before anyone condems this man for what he said they should think about what they and their friends talk about when they think no one is listening. In other words "People who live in glass houses should not throw stones." Every one talks about subjects that would offend someone else when they are among friends and we all know that a lot of those times it's just talk.

There is another angle to this story. A few years back there was an intensive push to address hearing loss issues relating to cockpit noise. The standard configuration had been for years the "ear spike" old style mike and if you steadily raised the volume over time in that device to overcome the noise to signal ratio so that you could hear the radio you could damage your hearing by selecting volumes well above OSHA levels requiring hearing protection.

In the end it was decided to provide the pilots with noise cancelling headsets and a intercom switch that held a hot mike function on the control column of the 737. What no one realized at the time was that the rocker switch used an "up" depression for raio and "down" for intercom was a classic human factors design vulnerability. In actuality hot mike issues are much more common than you may think though most of them are simply annoyances on frequency.

Taken from a dispassionate safety perspective though, it's interesting to see that social and political safety trump operational safety as a priority almost every time. The challenger disaster wast the result of political safety pressures to get a "teacher in space" rather than focus on the boring details of conditional probability and design flaws with the boosters.

I'm glad you met some folks who want to become professional pilots. I think in the US you'd be hard pressed to find any experienced airline pilot recommend this line of work to a younger person. While it's certainly embarrasing to have this one individual say the things he did, it's probably goign to be more embarrasing for the thousands of pilots who do a good job every day subjected to yet another level of "why normal guys should feel guilty about who they are" style harrassment by the political thought police. It will further alienate the pilots from management and make negotiations much harder in the future.

The point above is very well stated. May those without sin cast the first stone regarding private conversation. If we can rise above the politics and see the change management issues here we can count ouselves as safety "professionalls."

Wwilson & JG -I'm so pleased to have your thoughtful comments in response to this post - you elevate the conversation and provide new points to consider. Thanks.