Glad I Didn't Pack My Tiara 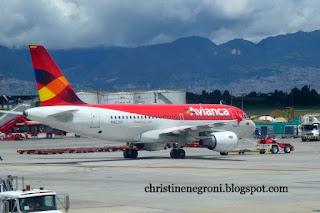 On a recent flight on Avianca, I retrieved my suitcase from the baggage carousel in Bogota only to see that the plastic ties securing the zippers closed were gone. Who removed them, I can't say. Perhaps it was just a security screener. Without a doubt, though, someone had gone through the contents of my bag, though nothing appeared to be missing.

In 2005, I lost a pair of garnet earrings when someone rummaged through the bag I'd checked on an Air Canada flight from New York to Vancouver. When I complained, I was told more or less, too bad, the airline isn't responsible for that sort of thing. But my petty complaints pale in comparison to what happened to the Dowager Duchess of Argyll. 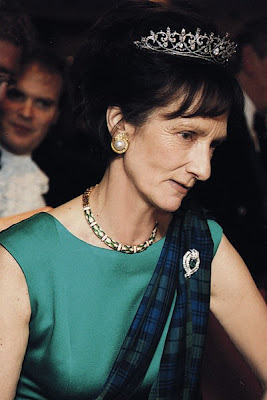 The 68-year old was flying through Glasgow in 2006 when £100,000 worth of her diamond jewelry went missing.  She reports it to the authorities, but hears nothing.

Then, one day six years later, she's thumbing through the catalog of Scottish auction house Lyon and Turnbull and darned if she doesn't see her diamond brooch up for sale. That would be the brooch she reported missing to BAA, the airport company that runs five airports including the one in Glasgow.

Now she's gotta be wondering how her pin wound up in the custody of a high-end auctioneer.  Seems the airport authority found the jewels but rather than get them back into the hands of the proper owner, the BAA sold the whole lot to a diamond dealer for £5,000!

As you can imagine re-appropriating the jewelry of a real-live member of the Downton Abbey class is a big no-no as any number of British newspapers are making clear.

Embarrassed by all the publicity, the airport authority has offered to buy back from the auction house the jewels, the brooch and tiara seen above and a pearl necklace.  The other pieces have disappeared, seemingly for good.  Speaking to a reporter, the Duchess sounded pretty classy as well as thrilled to have even some of her fancy accessories back in  her own jewelry box.

"I'm absolutely amazed. I thought that after six years I'd lost them forever," the Duchess said. "The tiara was a Victorian family one and the necklace was given to me for my 21st birthday. So everything was very special."

Twenty years ago, when I lived in Chicago, my apartment was burglarized and all my jewelry was stolen, so I sympathize with Lady Argyll. I didn't have anything in the same league as what she has, but jewelry - even cheap stuff like those garnet earrings lost en route to Vancouver can be imbued with sentiment.

What the Duchess and I know now, and what every other lady who travels ought to know is this: Baggage fees or no baggage fees, from diamond tiaras to plastic earrings it is not wise to put the things you love in your checked luggage. Leave them home or keep them in your purse. And as for that perfect one-of-a-kind pair of go-anywhere-jeans, the ones you can't live without, those you can just wear right on to the plane, because they're gonna look great with that tiara.


Posted by Christine Negroni at 5:50 PM

Your post really helps me to work easily. Thanks for providing such important information.