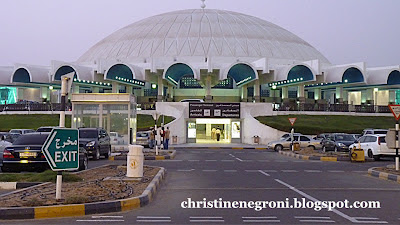 Yup, reports from the United Arab Emirates explain that the couple who are Egyptian but live in the Emirates were returning home but failed to obtain a visa for the baby who had been born in Egypt. Rather than wait in the airport through the weekend for the visa office to open, they opted to try and sneak the baby through the check point, authorities at the airport say.

The couple's plan was foiled when the handbag went through the X-ray machine and tiny limbs could be seen on the monitor. 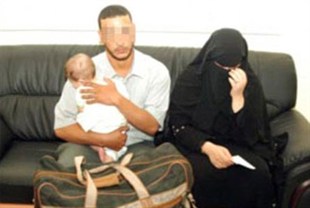 Nobody's thinking that was the healthiest option for the tot. "This machine is very dangerous for anyone, let alone a baby in a bag to pass through," an unnamed official told reporters.

The case has been referred to the public prosecutor.

Having traveled with infants myself, I can imagine how tough it must have been for these parents to be so close to home but unable to get there, knowing they'd be stuck with a baby waiting for two days.

Somewhere in Egypt, there's another not-so-conscientious worker who failed to notice before the family boarded their flight that that they didn't have the documents needed on arrival. Perhaps that person was behind a pillar watching a movie, too. But whatever he or she was doing, I hope it was important because they could have prevented this sad-to-say, true-to-life-sorry-story.

Posted by Christine Negroni at 6:55 PM