I can imagine the akkk..akkk..akkk rapid intake of air squiggling through the tightened throats of Boeing and General Electric engineers at even the mention of those four words loss - of- the - airplane strung together in that particular order, but let's look at the facts.

Two Dreamliners assembled but not yet delivered to customers were still being operated in Boeing's custody in July and August when fractures in the fan mid shaft were discovered.

On September 11, a Boeing 747-800 Airbridge Cargo flight, sporting the same GEnx engines experienced an engine shutdown during the takeoff roll. The takeoff was aborted and damage was found in the low pressure turbine along with broken fan blades. 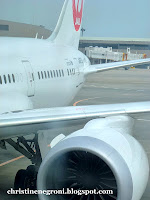 Certainly this is worrisome, as is the FAA's statement that, "the root cause is still somewhat unknown."

I'm not a nervous flyer, but I must confess I don't take a lot of comfort in being told nobody yet knows what's causing brand new engines on brand new airplanes to deteriorate. Boarding JAL's 787 from Tokyo to Boston this morning I gave more than a cursory glance through the window at the mighty turbine on the Dreamliner I was about to board, and I was not alone.

The JAL mechanic looked up and down, and side to side - even getting on his knees as one point to get a look see at the engine's innards. 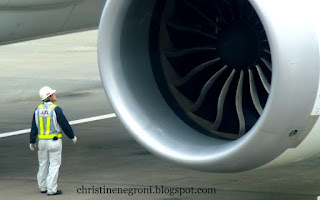 Along with a full plane load of passengers I arrived safely in Boston this afternoon, where I discovered on reading my email that according to the FAA all affected in-service engines have already received ultrasonic inspections. Whew.

Between now and the next check in 90 days we keep our fingers crossed hoping the air safety sleuths will have figured out the why so operators can be told how to get a permanent fix. 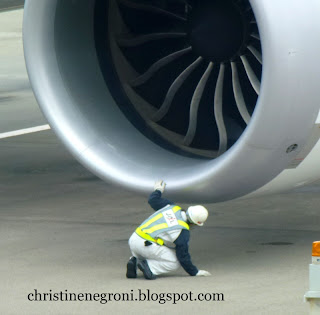 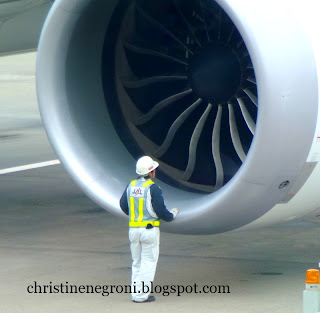 Posted by Christine Negroni at 11:31 PM

The FAA's statement that, "the root cause is still somewhat unknown" is nonsensical. In the first place, it is either known or unknown. In the second, the "root cause" (whatever that is) is always human error. It may be errors of concept, design, manufacture, or material selection, among others; because inanimate objects cannot make mistakes. One thing for certain: in this case it is NOT pilot error.
Once upon a time, the FAA was staffed with people who had the knowledge and experience to conduct the research needed to identify and resolve similar problems. Now it must outsource to -- guess who? -- the manufacturers.
Don't count on those GEnx engines that have yet to experience failure to remain in service for long.
Meantime, stick with the tried and true.
You were lucky, Christine.