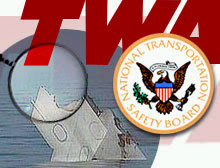 In the past, the decision makers at the National Transportation Safety Board might have tried to hang tough through the crescendo of publicity for the soon-to-be-aired TWA 800 conspiracy documentary. But that's not the way this board behaves. On Tuesday, they'll launch a counter-offensive, inviting journalists into the NTSB Training Center in Ashburn, Virginia. There, several of the men who worked on the 4-year investigation will take questions and explain what led them to the conclusion that the mid-air explosion of the Boeing 747 was the result of a long-standing design problem and not a criminal act.


On June 19, former NTSB investigator Hank Hughes, filed a petition for reconsideration asking that the board re-open the investigation based on new evidence. (New evidence, btw, is the only trigger for probable cause review. During my time as an investigator for the law firm Kreindler & Kreindler, attorney Andrew Maloney did convince the board to revise a finding of pilot error in a commercial helicopter crash in the Gulf of Mexico.  Even so, it was a hard slog.) 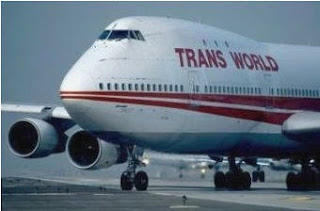 In a statement, the board explained the decision to hold the briefing and tour of the reconstructed center fuselage of the jumbo jet saying, "Since the accident occurred 17 years ago, many who are now covering the petition filing are less familiar with the details and findings of the NTSB’s four-year investigation."

That was obvious from the first headlines heralding the new documentary. "Investigators break their silence" many trumpeted and the documentary's experts were characterized as "federal investigators". Having seen the documentary (and having been overly generous to it in a previous post) let me set that record straight.

Hank Hughes, whose experience was largely in automobile accidents, is the one - and only one - who worked for NTSB. All the others were part of the probe through their employers or unions. Jim Speer, as a member of the Air Line Pilots Association, Bob Young, with TWA, Charles Wetli as the medical examiner of Suffolk County and Dennis Shanahan, on loan from the Army Aeromedical Research Lab.

Granted, these men are not crackpots. And in my earlier review of the film, I was most swayed by the fact that with the exception of Hughes and Speer, who I have never met, I know and respect the other men named. Likewise, Tom Stalcup, the man behind the missile-theory-that-won't-die is an educated physicist and a seemingly good-hearted person.

It's flat out hyperbole to say that these men are "breaking their silence". They may be many things, but silent is not one of them. I'd be a rich woman if I was paid by the hour for all the time I've spent listening to these guys.  Despite their apparent good intentions and impressive resumes, when it comes to their theory about what happened to TWA Flight 800, they're simply wrong.

Are there lingering mysteries about the evening of July 17, 1996? You betcha. Did agents from the Federal Bureau of Investigation descend on Long Island throwing their weight around, talking more than they listened and turning a normally open process into a highly secretive one? Yes again.

The FBI, led by the powerful and ambitious and not entirely honest, Jim Kallstrom swallowed poor Robert Francis whole. As the NTSB's board member on the scene Francis was woefully outclassed, enthralled by Kallstrom's charisma and disinterested in what his own folks were discovering. A similar bigfooting was ongoing on the political side as New York's then-mayor Rudy Giuliani overwhelmed Suffolk County and TWA executives to serve his own interests. 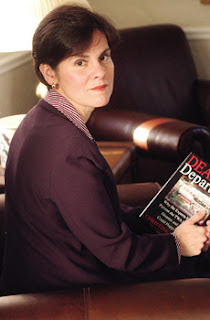 All of this is detailed in my book, Deadly Departure, which I urge you to buy if you can find a copy online. (Perhaps HarperCollins, my publisher will reissue it as an ebook, hint, hint?)

As a journalist, I've often heard people say disasters bring out the best in people. Maybe so, but one of the many lessons of TWA Flight 800 was how it brought out the worst in people. It was a hothouse of scheming, arrogance, suspicion. And I haven't even mentioned the more benign incompetence, grief and confusion - there was plenty of that, too. Just believe me when I write that all the elements needed for a missile theory to take root and bloom were there in abundance.

The miracle is that in spite of all that, the investigation did ultimately uncover what I have called a conspiracy of inaction. The final report shows that over three and a half decades the Federal Aviation Administration and Boeing failed to address a very real problem on the Boeing 747 that actually was the culprit in the explosion aboard the TWA flight to Paris; an airplane design that often allowed the center fuel tank to be in an explosive state. This design was common to all Boeing airliners at the time. 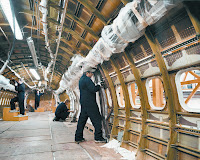 Here we are, 17 years later. Fixes are being made, albeit slowly. Still, people who have never been able to revise their own early conviction that Flight 800 was brought down by a missile are able to get the news media churned up with their nonsense.

So when I opined that the NTSB should review the points raised by the conspiracy crowd it was with the hope that somehow the board would address the more significant questions raised in the petition for reconsideration and that would put the missile theory to rest once and for all. 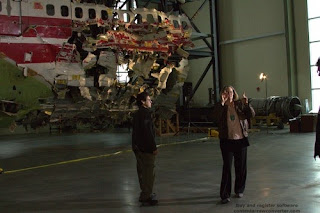 What I failed to realize but strongly suspect now, is that the missile theory has a life of its own. It will never go away for those who believe in a movie-drama reality where a nefarious, all-knowing government controls everyone but a few honest heroes like the TWA documentarians.

Come Tuesday, I'll be at the briefing in Virginia with my notebook in hand and my positive face on, hoping - but not expecting - that the safety board will prove me wrong.

With my personal experience with Boeing aircrafts I would say that Christine has the right conclusion that inherently there is a design flaw in Boeing aircrafts. Like the lemon B 737 delivered to Philippine Airlines in the 90's when it imploded right before take off. Six passengers gave their life to this experience but no action from FAA was received. It was a newly delivered plane and a suspected cover up was there. Very sad for Aviation Safety. Fuel pumps in the tanks of Boeing aircrafts escapes government scrutiny again.