A Fox Cable Network executive has been fired from her job in Los Angeles after contacting the girlfriend of missing Malaysia Airlines passenger Philip Wood, with an offer to raise money through an online website. Darlene Tipton, vice president of standards and practices at Fox, told Sarah Bajc that she and her husband Ken Tipton could potentially raise $15 million for Wood's immediate family and asked if Bajc thought other family members would be interested in such a plan. She added that all the families would have to waive their rights to sue anyone associated with the accident.

Bajc, who has made regular appearances on a number of television networks since the flight went missing on March 8th, suspected a scam and sent the email to Fox, leading to Tipton's dismissal on April 10.

Friday afternoon, Tipton expressed surprise at her termination because other employees used their company email for personal business. She vowed to continue the fund raising project.

"I have absolutely nothing to lose so I would like to pursue setting up the GoFundMe account for Philip Wood and possibly all 238 passengers," Tipton wrote to an employee at the social media fundraising site, GoFundMe.com.

Tipton’s lawyer Stan Lieber says there’s nothing illegal or immoral about trying to raise funds for someone even without their authorization. “If they don’t want to take it, they don’t have to take it,” he said of the families.

CNN was criticized recently by the Miami Herald's Leonard Pitts for pandering to ratings by continuing with non-stop coverage of the missing jetliner even in the absence of news. If the news producers want something exciting perhaps they should turn their attention to the Tiptons and the other audacious characters emerging from the MH 370 mystery. 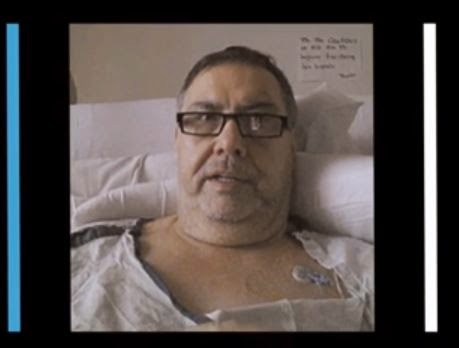 Tipton has posted a rambling video of her husband Ken, taped from his hospital bed where he claims he may know the real story of the missing airliner because it came to him in a vision. Alternatively, he could have been having a medicine-induced hallucination. He's not sure. Just the same, its full speed ahead, for the Tiptons and the GoFundMe project.

"They're not trying to make money out of this, they're trying to help the victims," Attorney Lieber told me.

The Tiptons are not the only odd ducks I’ve come across since I started covering the action in Kuala Lumpur. A woman named Aida Santa Lucia from a company called Consultant and Advisor Services was in Malaysia a few weeks ago offering to help families select just the right legal representation.  Lucia's no lawyer, she will hand the cases she acquires over to a law firm that will then pay her a fee, according to a contract she showed to potential clients. (Just to make it more interesting, the New Jersey office address on the contract is a mail drop that 13 years ago was used as a convenience address by two 9/11 hijackers.)

John Mitchell of USA Consulting, also of New Jersey has been calling lawyers offering to sell retainers he has with more than two dozen MH 370 families. When I called Mr. Mitchell asking for details, he hung up on me. Don't you want to know more? These most definitely are the people who should go on TV and keep us entertained.

I’ve already written about Manuel von Ribbeck and Monica Ribbeck Kelly, the brother/sister team of Chicago lawyers who claim to be the world's largest aviation firm, though ABC News reported their Lakeshore Drive office is unoccupied and apparently without phones or computers.  But how about a little air time for two of their sidekicks?

Deon Botha, who sat on the dais at a press conference at the Kuala Lumpur Hilton in March hands out business cards that say he’s the Ribbeck's Global Insurance Claims Manager. Sometimes he handles the sales pitches too, as he did when he called Sarah Bajc to offer free counseling and legal advice. 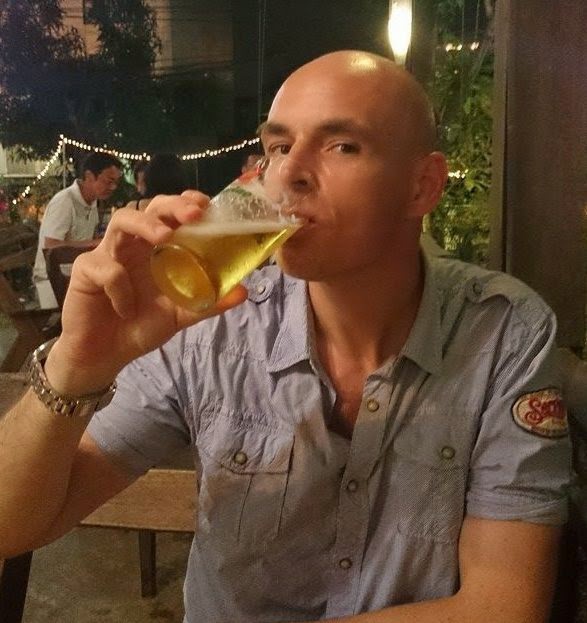 Also seated at the Ribbeck table with the name plate reading Ribbeck Europe, was Erik Ahrends a resident of the Canary Islands. I could find nothing to indicate he's a lawyer, but an online presence suggests he is quite an enthusiastic photographer.

Ah, yes, it is quite the assortment of folks attracted to the misery of Flight 370. Might it be in everyone's best interest if the Tiptons go ahead and set up some of those gofundme sites for these folks instead? Perhaps enough money will be raised so the opportunists and the crackpots don’t have to chase the families of plane crash victims just to make a living.

Posted by Christine Negroni at 10:54 PM

"The current underwater search for missing Malaysia Airlines flight MH370, focused on a tight 10-kilometre circle of the sea floor, could be completed within a week, Australian search officials say."


Leaving the PRC and their units there, and the Malaysians.

Others will have gone home.

Are you sure the statement about Darlene is accurate? No news on this anywhere.

Anonymous, You read it here first. That's the way I like it.
Christine

Unfortunately the flight was crushed in purpose, don't know exactly why. There are different theories. The passengers and the crew are very fine in other dimension. They will never find the bodies...

An Open Letter to the Children of Capt. Zaharie Ahmad Shah Flight MH 370.
Your father has been subject to much vexatious speculation since the disappearance of Flight MH730.
Most of this spurious rumor mill material does the originators little to no credit & should not be dignified by rational response.
Even at this stage many people owe you & your Dad an apology. They from their armchairs forget that anyone can do the job when all things are going right.
Aviation at all levels is played for keeps & is mightily unforgiving.

Capt Chris Goodfellow & the eye witness on the oil rig do him the most justice. One saw unknowing, the other knew unseen, that your father did his best to fly an aircraft that was intent on destroying itself.

To be alone in the air at night, in an aircraft that is suffering catastrophic failure, with the pressing responsibility for the lives of 100s of your passengers weighing down on you, is to be very much alone indeed.
Know that your father, faced with a very real & dire airborne emergency, did all in his power through his training, experience & courage to save Flight MH 370, without the luxury of time or options in his favour.
Like all senior pilots he would have never lost hope nor ceased every attempt to resolve a critical situation which eventually proved to be insurmountable.
From eye witness accounts & what we can reasonably surmise from the evidence thus far, your father reacted in the most professional, logical & decisive manner.

He displayed all the hall marks of good and quick judgment and decision making only gained from 18,000 hours in the left hand seat, and a cool, calm bravery that no peril can shake.
He may even have come very close to pulling off the impossible against all the odds stacked against him.

Know also that he would have commanded the total loyalty of his First Officer.
The emergencies you train for almost never happen. It’s the one you can’t train for that may test beyond the limit.
As the doyen of pilots Ernie Gann observed wryly fate is the hunter in these matters.
Capt. Zaharie Ahmad Shah would have commanded Ernie’s respect as he does from many at the pointy end of aviation.

Your father could have been anything he wanted to be. He chose aviation because he excelled at and loved flying.
He was a good & true man and a good father. You need hold nothing more than this love in your hearts for him for the rest of your lives.
He deserves nothing less than this from all of us.
With the greatest respect
Kindest condolences
Arthur Beau Palmer

Of course jaded pilots world weary with bureaucracy have been heard to comment
You might as well let the incident kill you, as the investigation surely will.
Hurst, R&L. Pilot Error The Human Factors. Jason Aronson Inc; 2nd edition (April 1983) ISBN-10: 0876686293
Aviation in itself is not inherently dangerous. But to an even greater degree than the sea, it is terribly unforgiving of any carelessness, incapacity or neglect ( by pilots & maintenance engineers & air traffic controllers).

Wow. I'd heard of ambulance chasing, but this is mind-boggling. Before the Infernet, (stat) none of this crack-pottery would have been possible.