The adage that if you repeat a lie often enough people will start to believe it, can be appropriately applied to the search for answers to the disappearance of Malaysia 370, now approaching its first anniversary.

Oh no, I'm not talking about the theories that the plane was flown to Diego Garcia. I'm talking about the breast-beating accompanying the reports that the deep sea search for the missing airplane may come to an end and with it dies all possibility of knowing what really happened and why.

That's not true. While having the airplane would be nice, not all investigations are tied with a bow and presented to crash detectives. Public pressure should be put on the Malaysians who have used a lack of progress in finding 9M-MRO to absolve themselves of any responsibility to conduct a probe right there in Malaysia, where many clues inevitably reside. 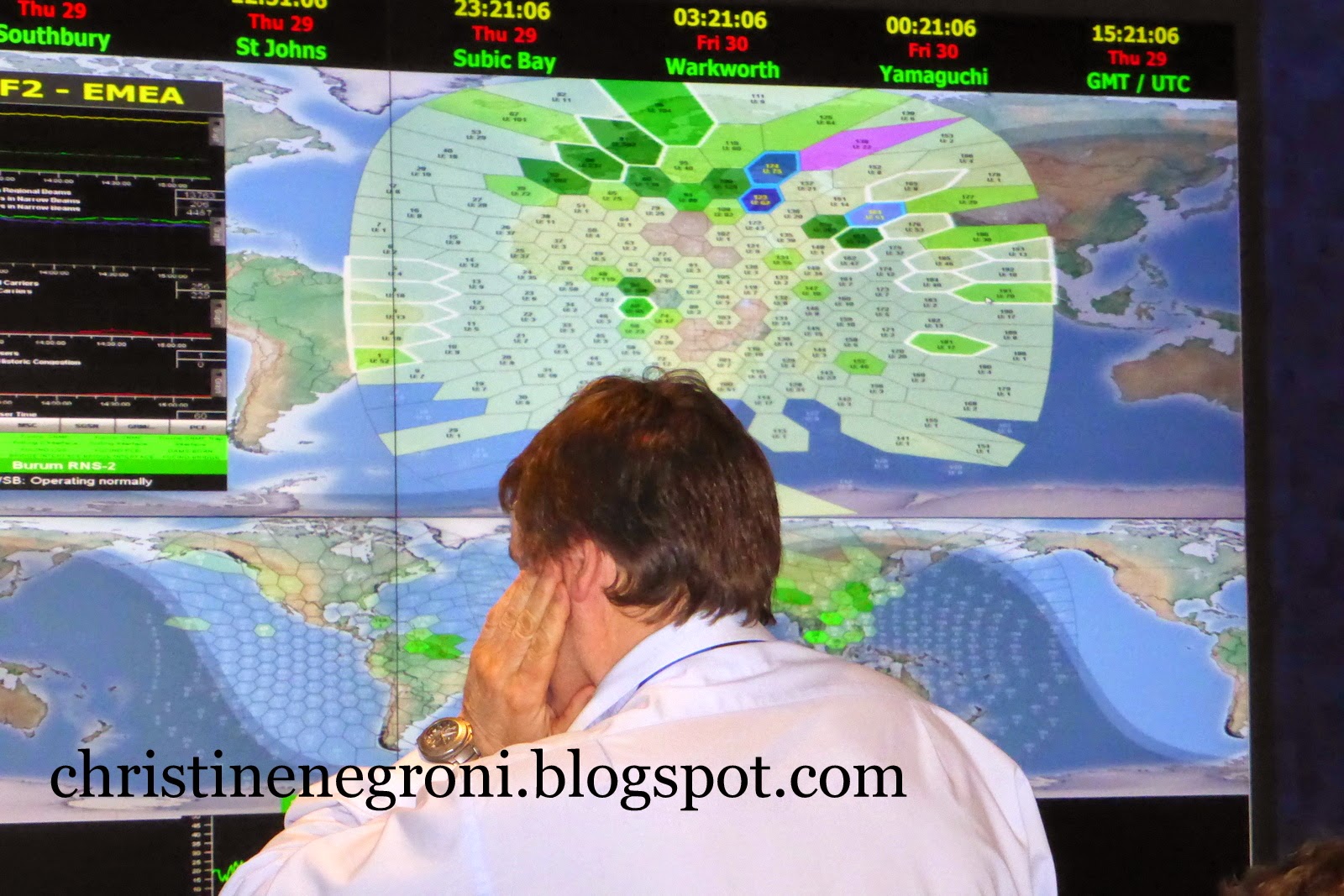 The digital detective work of the eggheads at inmarsat has been magnificent, providing at least a quadrant of the ocean to search. What, I ask you, have the Malaysians been doing?

Why have we heard nothing about the many promising avenues available to them? This would include what they found out about the airplane's maintenance history and cargo on board, whether any communication signals were transmitted or received from the hundreds of cell phones on the plane. What theories have emerged from talking to the satellite specialists about the first loss of power on the airplane, which came early on in the ghost flight, while the Boeing 777 was still flying north west over the Malacca Strait at 2:25 a.m. Malaysia time?

We know that for the plane to log back on to the satellite system at that time, just 2 hours from departure and still with plenty of fuel in the tanks, it had to experience a total loss of power and then regain it. What would the impact have been on any previously programmed route or auto pilot function? What is the significance of this timing, within minutes of the plane's last known position and change to a southern course? 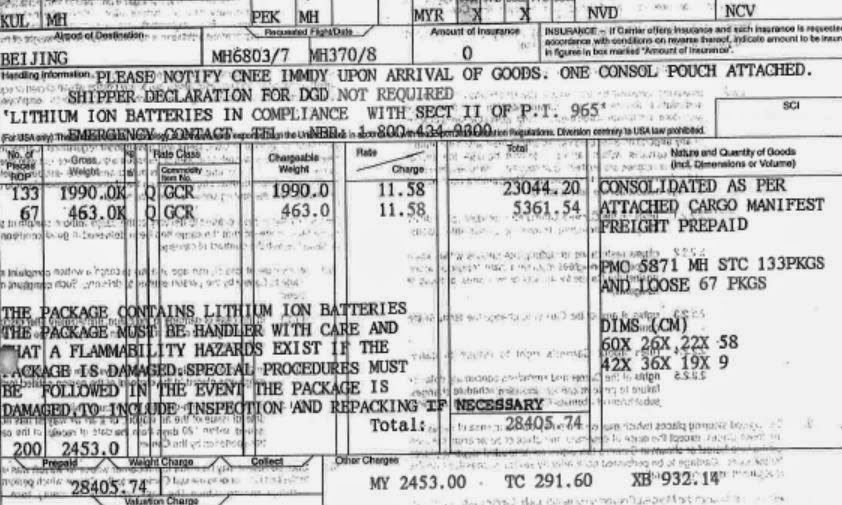 We know the flight was carrying a lot of lithium ion batteries as cargo - 2400 kilos worth - some packaged and some loose according to the cargo manifest. It is not a leap to suggest that this hazardous material known for its propensity to create fire, smoke and very, very, very hot temperatures, could have incapacitated the crew or damaged electrical systems. What have the investigators uncovered about the cargo on board?

We know a depressurization leading to hypoxia has led to accidents quite similar in many details to MH 370. How recently was the airplane's pressurization system and the cockpit crew emergency oxygen checked? Had any problems been reported?

Every scrap of knowledge provides a way forward. Instead all hope is tied up in the extremely unlikely possibility that the plane will be found in the South Indian Ocean.

There is a lot of mystery about Flight 370. But what is patently obvious is the huge conflict of interest in Malaysia. This is a country whose ministries of defense and transportation bungled the initial response and then put Hishammuddin Hussein, the then-leader of both departments in charge.  Hishammuddin patronized the families offering them "hope against hope" while dishing out nonsensical or contradictory information to the public. 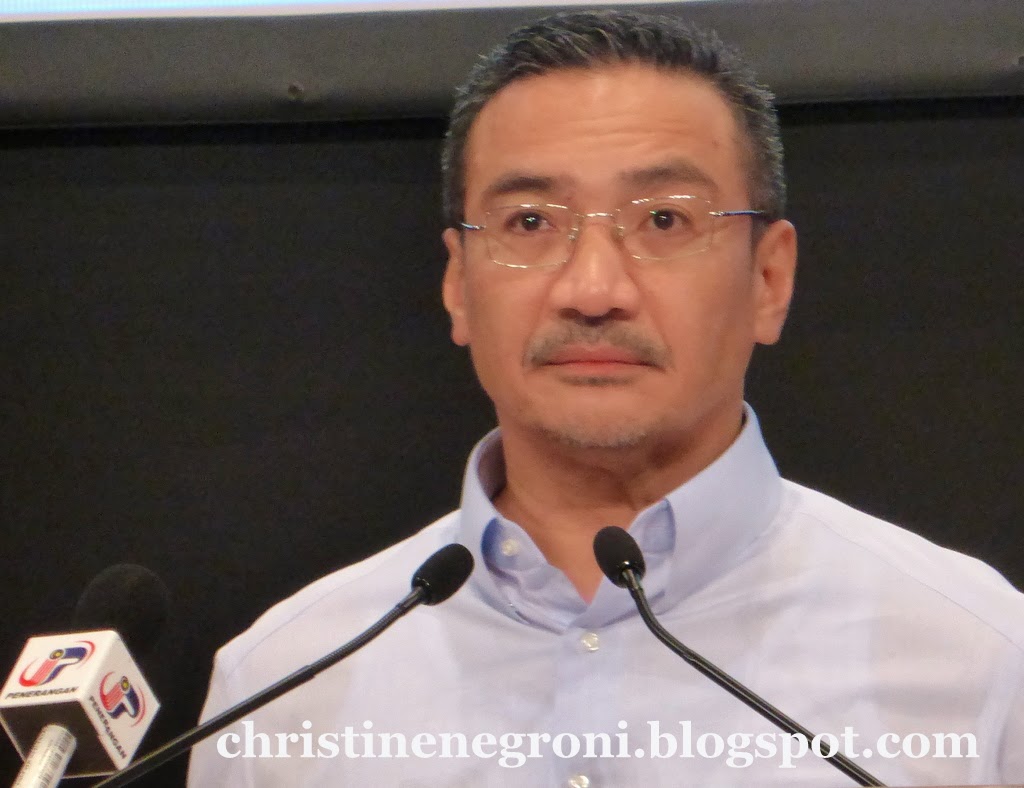 It should speak volumes that Malaysia did not even initiate a committee to investigate the accident until months after the plane went missing. Just a reminder, the Malaysian government also owns the airline.

As someone who has covered and written about many air accidents I've learned this; Investigators never know what they're going to find out until they start asking questions and digging through records. I spent five weeks in Kuala Lumpur watching the drama unfold and it was many things from political theater to media madhouse, but it looked nothing like a serious investigation.

This is why I don't accept the conclusion that without finding the plane there can be no solution to riddle of Malaysia 370. Before the Malaysians give up, first they have to try.
Posted by Christine Negroni at 4:29 PM