The attention of the flying public may be riveted to events like Malaysia 370 and Germanwings Flight 9525 but when it comes to hazards, helicopter ambulances are second only to combat flying. In other words, orders of magnitude riskier than traveling in an airliner.

The fine levied against America's largest operator of emergency medical helicopters exposes once again the gap between what the air ambulance industry promises and what it delivers.

On Monday the Federal Aviation Administration fined Air Methods of Colorado one and a half million dollars. Air Methods, which refers to is itself as "Defenders of Tomorrow" may have been just a little too focused on the future while ignoring the present  because according to the FAA, it operated two Eurocopter EC-130 ambulances without safety equipment required by federal regulation. Air Methods air ambulances repeatedly flew over water in the Gulf Coast communities of the Florida panhandle without flotation devices or flotation gear for the people on board the aircraft. 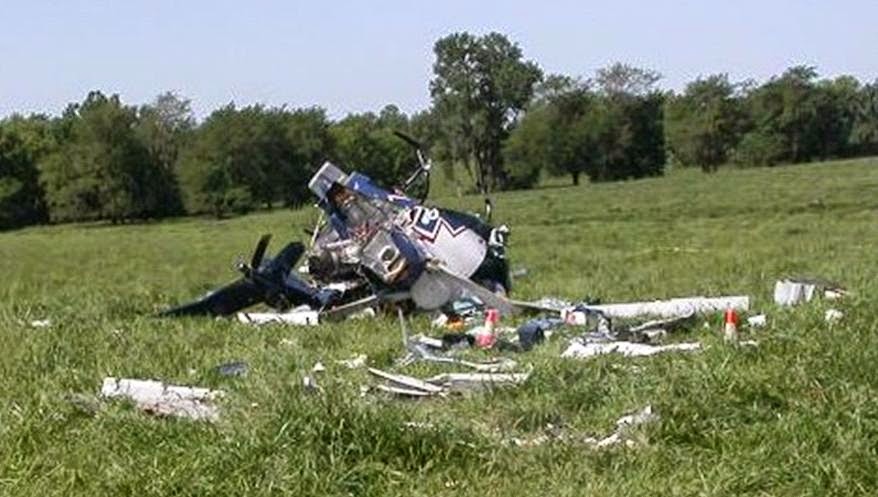 Air Methods, has been picking up hospital contracts like mortgaged properties in a Monopoly game. Which if you are a skeptic about the air ambulance business - as I am - is disturbing enough. What makes it worse is that this mammoth for-profit medivac helicopter operator is receiving its second fine in as many years for failing to comply with safety rules.

It is probably coincidence, but this latest slap from the FAA comes less than a week after the Office of the Inspector General reported to Congress that the regulator has repeatedly failed in the Herculean task of bringing helicopter ambulances up to safety standards expected everywhere else in commercial aviation.

Matthew E. Hampton, an assistant IG in the aviation division summarized the work of his team by noting that despite efforts that  began in 2008, with 29 fatalities, the worse year ever for helicopter ambulance services, the FAA has not enhanced "oversight or taken other actions that could reduce accidents.”

Hampton is troubled by the lopsided relationship between this billion dollar industry and the government employees charged with keeping it honest.

Rather than mandate that operators of helicopter ambulances collect and report data, the FAA "relies on voluntary annual reporting of more generic general aviation data," the report says. Unable to get a firm grip on the numbers the factors contributing to the industry's terrible safety record go unrecognized.

I'm not going to argue with a report that all is not going well here. I will note, however that some of the causal factors are as clear as the nine digit figures in black on Air Methods' bottom line. The majority of helicopter ambulances are single engine, operating under VFR conditions with a single pilot.

"The number of things a pilot must do inside the cockpit alone certainly contributes to the high number of accidents," one insider told me when we were discussing the difficulty the industry is having in improving its safety record.

This person told me, "It just doesn't make sense - at night, using NVGs, low altitude in proximity of wires and obstacles, talking to first responders at the scene, and trying to find a landing spot where (often) they've never landed before."


I'll argue with my source about how it doesn't make sense. I've seen air ambulance companies manipulate public opinion by suggesting each of the nearly half million flights a year is critical and time sensitive, when in fact more than half are not emergency events, but hospital to hospital patient transfers. I've learned about the ethically questionable campaigns to sell helicopter transport memberships to schools, camps and fire departments.

Once you understand just how much money is made in helicopter ambulance services everything they do to put more people in choppers regardless of whether they need to go by air, or whether the aircraft is properly fitted for flight begins to make sense; as in dollars and cents.

For previous posts on selling air ambulance "memberships", the fiction of the Golden Hour, why air ambulance crash victims are not heroes, and how unnecessary air transport wound up costing unsuspecting folks a bundle, follow these hyperlinks.