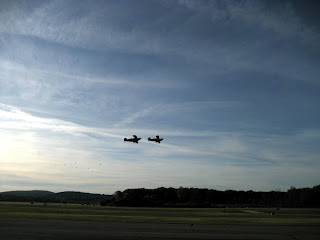 I spent some time the evening of July 2, enjoying spectacular weather and even more spectacular flying in my friend David Paqua's Acro Sport II airplane. I've written about David's five year project building his little two seat bi-plane in the second floor of Franklin Glass, the shop he owns in Stamford, Connecticut.


As someone who writes frequently and talks even more frequently about aviation safety, it is not my practice to fly in homebuilt aircraft. But over the years I've been so impressed by the concern and attention to detail that David has paid to his creation, and to his care and maintenance of his first airplane, a 1940s era Aeronca, that, well, how could I say no when he invited me to fly last night? 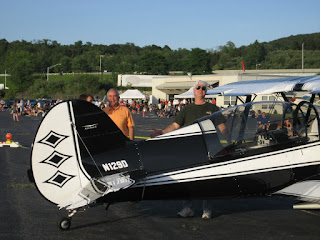 With my friend Pete Frey, an airline captain urging me on (bless his heart, he'd taken me out on his cigarette boat earlier in the day but stayed on the ground last night) David and I took off before sunset from Danbury Municipal Airport. 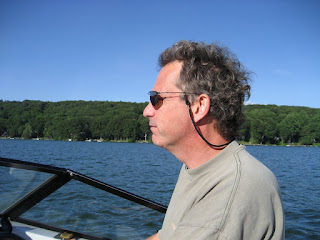 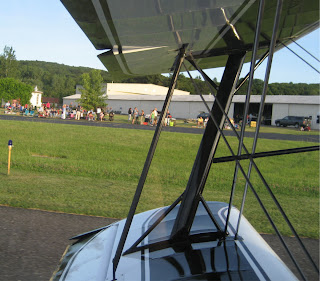 We were not alone in the skies on this magnificent evening. Seems flying, tailgating and watching fireworks is an annual Fourth of July weekend tradition at Danbury Airport. 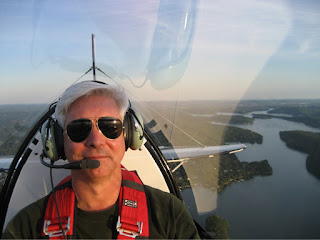 There were all kinds of airplanes out flying and on display while aviators told stories of adventures past and flights planned for the future.

Rob Sadler, for example has to be dreaming about the day he will finally take the amphibious plane he is constructing out of its fancy hanger and onto the water. I'm not even going to attempt to get each plane name and model correctly. I'll provide the photos, you provide the details. 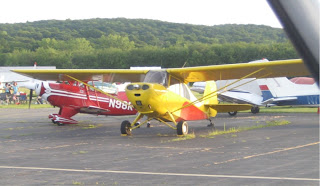 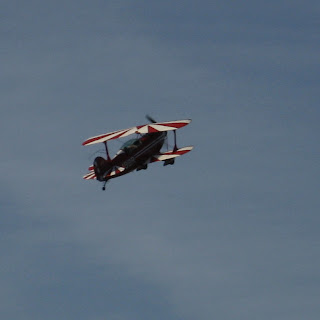 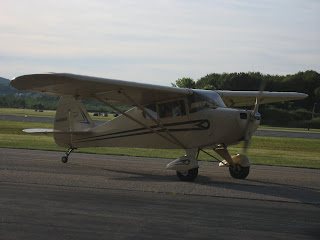 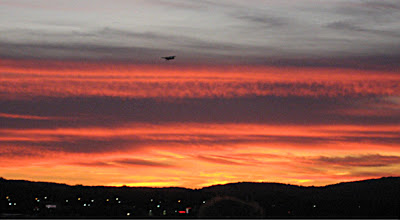 Posted by Christine Negroni at 12:34 PM