Japanese teach experts a lesson in air safety and apologies

An important part of Japanese culture is revealed on the first page of the traveler’s Japanese phrase book. Along with how to say “hello,” “please,” and “thank you”  are the words for “excuse me” and “I’m sorry,” sentiments essential in Japan.
I’m here in Japan with my sister, to attend the annual conference of the International Society of Air Safety Investigators (ISASI) and we added a few days in Tokyo to our itinerary.

Not unexpectedly with travel, there is the occasional mix-up. But each time the person responsible for the error - no matter how minor, was deeply and immediately apologetic in a manner 180 degrees from the typical American shrug and “s--t-happens” response. But this post is not to gripe about America’s inferior service standards.

No, this is prelude to a dramatic example of the power and significance of the apology – of taking responsibility for ones' actions and it is an appropriate introduction to what the members of ISASI hope to accomplish here in Sapporo.
On Monday morning, I visited Japan Airlines safety promotion center at Haneda Airport, which I mentioned in an article in The New York Times  in 2008, but had not yet seen. In this remarkable public collection the wreckage and other mementos of the crash of JAL Flight 123 are on display. In the world’s largest single airline accident, 520 people were killed when Flight 123 from Tokyo to Osaka flew into a mountain in 1985.
At the JAL safety center, I was met by Akeo Misumi, director of flight safety and operations for the airline. Two aviation insurance executives from London were also on the tour which was conducted by Eri Hojo. 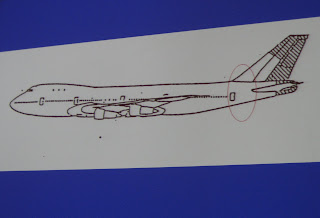 A series of videos explain that Flight 123 suffered an explosive decompression when a repair to the rear pressure bulkhead failed at 24,000 feet. The rush of pressurized cabin air racing out through the rupture at the back of the cabin caused the disintegration of large sections of the rear of the airplane including much of the vertical stabilizer. While the pilots tried to return to the airport at Haneda, the loss of the rudder and all hydraulic lines for control of the aircraft doomed the flight and the B-747 crashed into a mountain. There were four survivors.
Letters written by terrified passengers during the 32 minute episode, personal articles, damaged airplane seats and photos of the crash scene are on display at the center and make for a moving exhibition.
But JAL has gone even farther than just exhibiting these items. Each piece of wreckage relevant to the demonstration of what happened -- the vertical stabilizer, the maintenance access channel, the hydraulic plumbing system, the pressure bulkhead, and the rear fuselage are displayed, each labeled with a description of its role in the deadly chain of events.
Other airplane accident wreckage has been retrieved and reassembled, most notably Pan Am 103 and TWA Flight 800. The air safety department at Embry Riddle Aeronautical University in Prescott, Arizona has a number of small crashed airplanes it uses to instruct students pursuing careers in accident investigation. But I can think of no airline that has done what JAL has done; taken responsibility for errors made in such a public and enduring way and making a commitment to remember the consequences of errors. In doing so, it stands as a symbol for an important maxim of transportation safety; mistakes are lessons waiting to be learned.

I asked Ms. Hojo whether JAL had difficulty obtaining permission from the victims’ families for some of more personal items shown at the center and was told that the families were fully behind JAL and its goals. I suppose for the families and many others, the air safety center is a tribute to the 520 people who died.
Fast forward to today, 25-years after the crash - here in Sapporo, 200 or so air safety investigators have gathered to dissect both the accidents that garnered worldwide attention and the seemingly insignificant incidents that few outside of this circle will ever know about. I can’t help thinking that the air safety center is tribute to them too, and to the changes that make flying safer that are the products of their work.
Posted by Christine Negroni at 9:51 PM

A reader asks me to post this link to the F.A.A.'s Lesson's Learned library, which includes information about JAL Flight 123.
It can be seen at