What maternal mortality rates have to do with air safety 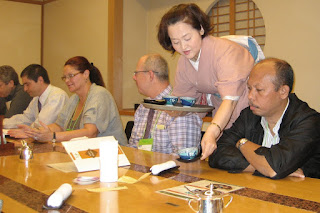 Attendees at the annual meeting of the International Society of Air safety Investigators are an experienced - may I say largely grizzled lot.  Over beers (or sake) you’ll hear members recounting crash investigations that included nights spent swatting misquotes, hairy helicopter rides to inaccessible mountain passes or days spent holding back sea sickness while towing black box beacon locaters from the back of boats.

Marcus Costa chief of accident investigations for the International Civil Aviation Organization recalls worrying that piranhas might have been lurking in a river-submerged cockpit on one particular investigation in Brazil.
But what I’ve never heard in the five years I’ve been attending the annual meeting is discussion of maternal mortality rates. That changed this year. 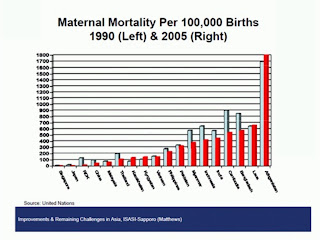 In a presentation Tuesday at the 41st ISASI meeting here in Sapporo, Japan, Robert Matthews, senior analyst at the accident investigation and prevention office at the Federal Aviation Administration made a creative and entirely logical leap in suggesting a nation’s attention to safe aviation operations can parallel other social indicators including, maternal and infant mortality rates, gross domestic product and standards of governance.
Matthews, an air safety specialist who appears not to have strayed too far from his academic background as a political economist, focused on air safety statistics in Asia and concluded that safety in the region had improved dramatically since the first half of 1990. At that time, Asian countries had the world’s highest accident rates.  In 20 years since, Japan, Singapore, Hong Kong and Malaysia safety has improved. Now these countries are on par with the European Union, the United States and Canada.

China, the Republic of Korea and Vietnam showed noticeable improvement as well.
Those countries still struggling - Indonesia, Central Asia, Pakistan and the Philippines – had in common high maternal and infant mortality rates and what Matthews called “national challenges of basic governance and stability.”
“Competing demands for national resources where human development needs are great” creates challenges for aviation safety, Matthews told the conference.  It’s an intriguing and provocative approach for an industry that tends to conventionality.
Matthews attributed improvements in safety in Asia to a number of factors, expansion of the fleet, increases in air travel, industry programs that audit safety practices and governments that blacklist unsafe carriers.

But from the 30,000 foot view, Matthews report is a reminder that safety isn’t accomplished in isolation. A government's commitment to its people is an essential ingredient.
Posted by Christine Negroni at 3:46 AM

Sounds like you're having a great meeting. The data presented by Dr. Matthews are thought-provoking.

As you know, of course, correlation does not imply causality. Taking note of the fact that aviation accidents/incidents correlate (in either geographic dispersion or in time series data) with phenomena such as maternal mortality rate piques the interest - but leaves open the question, "How can the correlation be broken, in a positive sense?"

Are there actions that regulators and monitors of aviation safety can take to force the accident/incident rate lower in spite of “national challenges of basic governance and stability"? If so what form would such actions take?

The alternative is to conclude that regulators working in such environments (Africa?) are in a hopeless situation and that meaningful improvement must await general societal change. I don't want to buy that! I hope that your meeting colleagues recognize that challenge and are ready to take it on.

Safety is defined as "...a continuing process of Hazard Identification and Risk Management". While it is good to draw these co-relations and statistics, what we need to do to reduce accidents is to make Hazard identification and risk management a part of our working lives. Of course its easier said than done as very few actually understand the principles behind this exercise. Done correctly with the honest-to-God focus, it is an exercise that will really work...however, done with a skewed attitude or lack of complete understanding of the principles of hazard identification and risk management, not only will this be an exercise in futility, but it may actually work to create a false sense of security that will be rudely shattered by a disater in not too distant a future!