Technology and the Reliable Constant of Human Error 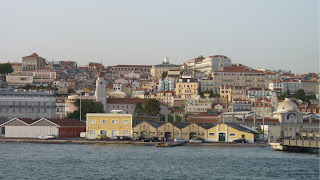 One can be dazzled, as I was, with the presentations of airplane manufacturers Airbus and Boeing as they describe the latest and greatest features on the A380 and soon-to-fly B787 to the annual meeting of the European Society of Air Safety Investigators meeting this week in Lisbon.
There’s a phalanx of tools that will help investigators; data recorders with thirty three hundred streams of information, redundant recorders, triggered transmission of flight information to ground receivers, post-flight condition reports that can provide information on up to 64 previous flight legs. And that’s not even talking about the “passenger comfort” improvements like lower cabin pressurization, larger windows and can you believe it, turbulence control on Boeing’s Dreamliner? We could have used a little of that at our riverboat dinner last night as we sailed on the beautiful and slightly choppy Tejo. (Wonderful. Thanks Netjets!)

But at the end of the day, or should I say, the beginning of the following day, we see that while technology is always full of promise, optimism must be tempered by the predictability of failure in human performance.
A cargo-carrying 747 cargo crashes on takeoff from Halifax, the pilots having failed to correctly input the plane’s weight into a system to calculate takeoff speed. That error, though thankfully not the tragic outcome, is a scenario familiar to many of the air safety investigators. “It’s the tip of the iceberg” Rich Jones, of the UK Flight Safety Committee said of the case studies presented at the conference. And yet, despite a history of recommendations in Europe and in America that date back to 1970, no aviation regulator requires takeoff performance monitoring.
Chris Scott and Stuart Hawkins of the AAIB made a convincing argument for the need to apply global positioning technology and other aircraft monitors to a computer database of aircraft performance to create a system that can warn pilots if a plane is approaching takeoff at an inadequate speed.
“Takeoff performance monitoring assesses aircraft performance,” said Hawkins, gauging such things as incorrect weight entry, brakes on during takeoff, the effects of runway contamination and engine performance issues.  “It uses GPS to measure position along the runway, it measures acceleration and air speed.” If the appropriate speed is not reached by a certain point, pilots will get a warning.
The ever-increasing capabilities of airplanes sometimes have a Star Wars-like quality. The new planes are exciting, promising, intriguing, I can go on and one. And the humans? Oh the humans. Also fabulous and even the most brilliant are fallible.
From the crash of the MK Airlines  jet in Canada in October 2004 to the crash of Comair Flight 5191 in Kentucky  in 2006, it seems the time has more than arrived to step in and give the pilots a technological assist in an area where they are predictably and continually and sometimes tragically error-prone.

Posted by Christine Negroni at 8:51 AM

Christine,
Excellent article!
Although I am not a Pilot,it is so clear in this day and age of automation that any safety assistance in the "Front Office" would be welcome.
This coming from someone (Me) whose teenage daughters call Technology challenged!
I imagine that these wonderful, professional Pilots (I mean that) are sometimes sick of all this stuff in the cockpit, but I know they would welcome updated safety precautionary technology.
Thanks again, Christine.
Sincerely,
Dan Delaney