The Crash Heard 'Round the World 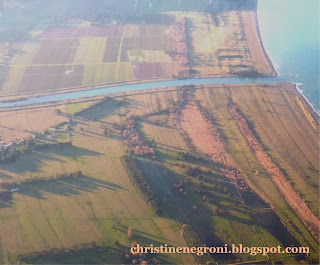 Yesterday was a clear and crisp autumn day as magnificent as any I have lived through back home in famous-for-fall New England. Jane Orphan and I were soaking it up in the light-soaked dining room at Wither Hills Winery in Marlborough, New Zealand where the food was as excellent as the view of acres of vineyards. Still, the news of a B-17 crash in an Illinois cornfield dampened Jane's mood.
Many people are saddened by the loss of this historic aircraft, but Jane, and coterie of hard-core historic aviation aficionados have spent the last decade on a crusade to make this little valley in the far north of New Zealand's south island, a center for the restoration, demonstration and display of old warbirds. In this world, any loss is lamentable  - even the not-so-rare (relatively speaking) World War 2 B-17 Flying Fortress, of which this particular one was still toting the public on ride-of-a-lifetime-flights at airshows until the crash.
Each year, the Wings and Wheels Air Expo at Teterboro Airport in New Jersey hosts a visit from Yankee Lady, a B-17G tail number N3193G.  In 2007, I trotted down there with my son Joseph and two of his friends - at the time all pre-teens - and their eyeballs popped out of their heads at the sight of this magnificently restored, four-engine prop plane that did so much work in a war they've only heard about in history class. 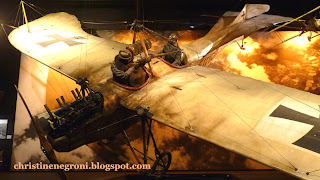 Which is why I was more than a little mournful that Joseph and his mates were not with me for my tour of the Omaka Aviation Heritage Centre in Blenheim. 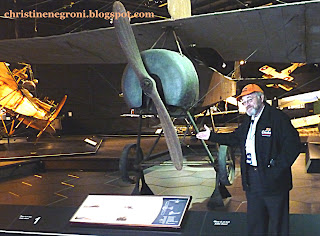 This museum of World War 1 planes, static and flying, full scale and miniature, and an astonishing array of associated memorabilia is a family operation in a literal and figurative sense. While Jane is captain of the daily operations and her son handles the website, husband Graham Orphan is an exhibit owner and restorer. The dozens of folks who spend their days sanding wood and curing fabric in the hangars, or folks like my tour guide Eric Driver seem bound by some dope-is-thicker-than-blood relationship.
The story of the decade-long effort to build the Omaka museum is one of those who-would-have-thunk-it-tales. As in, who would have thought that the Marlborough region, population forty-five thousand, supplier of wine to the rest of the nation (and beyond, I'm quite sure) would have enough historic aviation buffs to finance, build and outfit an entire museum, a museum that today claims to hold one of the largest collections of the earliest-ever military airplanes?
My visit on Tuesday was rushed, after all I had lunch plans with Jane, so my surface treatment of the exhibits and eye-glazing views of the museum cases and pop into the restoration hangars came and went in two hours. But in my opinion, this stop is a full-day affair, suitably topped off with a frothy short white and a long-relax in the sun-filled lobby slash community hall.
The volunteer and professional restorers are busy, busy, busy preparing for the arrival of Russia's rugby team which will be visiting in September when New Zealand hosts the Rugby World Cup. Various Kiwi organizations will be hosting the players and rugby fans who will be arriving for the six-week-long tournament. At the Omaka, plans call for the unveiling of restored Russian Yaks, at least one of which should fly for the guests, and two replica WW1 Nieuports will be painted in Russian colors,  Jane tells me.
In athletics as in aviation, history is about winners and losers. Some of the planes on display are remarkable for their strength and some for their weaknesses and what those weaknesses contributed to an ongoing knowledge of aeronautics. So when warbirds die - in action, to age or to accident - it makes the places that illustrate this history even more precious.
**********************************************************************************
POSTSCRIPT: Notable museums dedicated to early aviation history include
Fantasy of Flight the museum of Kermit Weeks  Tampa, Florida who is also a regular guest at Omaka
Imperial War Museum Cambridgeshire, United Kingdom
Old Rhinebeck Aerodrome Rhinebeck, New York
Posted by Christine Negroni at 5:44 PM

There is no more a notable museum dedicated to early aviation history in the UK than the Shuttleworth Collction: the Flying evenings are especially glorious.

Thanks Nikos for sharing that and the url. I'd love to see it sometime.
Christine