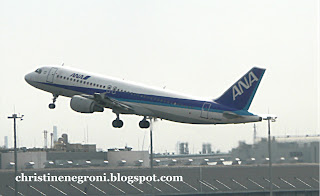 
If that wraps up the investigation into what happened on the upside down flight from Okinawa to Tokyo last month, an opportunity to learn from this near-disaster will be lost. 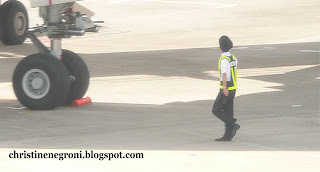 A recap: the Boeing 737 was put into a turn so steep the plane rolled upside down. The  co-pilot who was alone in the cockpit at the time inadvertently selected the wrong knob while trying to readmit the captain to the flight deck after a potty break.

When I heard this story, I immediately thought of the DC-8. Let me explain.

Back in the 1970s when many airlines were flying the McDonnell Douglas jet, pilots on at least two occasions accidentally deployed the ground spoilers when the airplane was still in the air. Because this destroys lift (spoils it, get it?)  it is a monumental no-no. On July 5, 1970 the oopsie caused an Air Canada flight to crash after an attempted go-around at Toronto International Airport, killing  all 109 people on board.

Three years later, a Loftleidir Icelandic Airlines DC-8 crashed on landing at Kennedy Airport in New York. The National Transportation Safety Board concluded the pilot deployed the ground spoilers while attempting to arm them.

Fortunately, no one was killed. Air travelers in general were fortunate too because the American safety officials spent some time trying to find out why the pilots erred. Their conclusion: telling pilots "don't do that" wasn't going to fly.  Design changes in the cockpit were necessary.

Don't get me wrong, this insight wasn't immediate. After the Air Canada accident, the Federal Aviation Administration's first response was to install a placard on the DC-8 flight decks saying - and I am not making this up - DO NOT DEPLOY SPOILERS IN FLIGHT.

It is easy to be smug in the 21st century about the oversights in the 1970s when human factors in cockpit design was a relatively new field of study. I don't mean to be that girl. Thirty-five years ago the machine was considered rigid and the pilots considered malleable. Why not bend the human to the design of the cockpit?


Over the years we have learned why not. As the late flight surgeon Dr. Charles Billings wrote in his 1997 handbook of human factors "Technology should not expect humans to adapt in some fundamental way because cognitive and physical abilities of the human do not change." 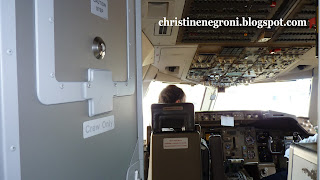 So in Japan, and anywhere else in the world where 737s fly and that would be everywhere, I sure hope the air safety folks are doing an examination of their incident and accident databases to see if there are similar cases of pilots accidentally confusing critical flight control knobs with the door knob. If so, perhaps Boeing needs to take another look at the design of the flight deck and how it pairs up with the design of the people who work on it.
Posted by Christine Negroni at 10:57 AM

I have many thousands of hours in the 737. Years ago there was a problem with inadvertent activation of the rudder trim on 737s because of the switch design. The knob was then changed from the wafer type to a round dial type. After 9/11 most cockpit door entry systems were redesigned and different operators adopted different designs. I am not familiar with ANA's, but I doubt it looks like the rudder trim. It's hard to believe it was a case of which switch was which. Sorry.

I believe additional details will surface that will reveal an operator vs design problem. More information, however, is needed to adequately answer the "what, how and why" of this incident.

I remember the "Do not deploy spoilers in flight" Cessna proposed one for the push-pull Skymaster "Do not take off on one engine." We could simplify matters by equipping all airplanes with a "DO NOT CRASH THIS AIRPLANE." placard.