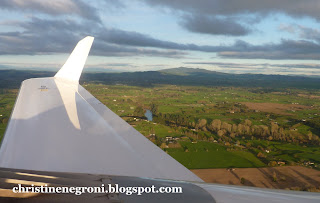 When the complex ownership of Platinum Jet Management came to light after a runway excursion in Teterboro Airport in 2004, the FAA and the NTSB were all over the issue like white on rice.  Criminal charges were filed and rules dealing with operational control in business aviation were tightened.

I'm ruminating about all this today because I watched with a horrified fascination this video taken by the U.S. Coast Guard on October 7th.  This was a ditching off the coast of Hawaii when the pilot of a twin engine Cessna 310 realized he did not have enough fuel to make it to the mainland.


Bless those Coasties from the 14th District in Honolulu, they  not only saved the day, they had the presence of mind to video tape the plane's final seconds aloft and the pilot's miraculous emergence from the cockpit out onto the wing.

Charles Brian Mellor, 65, was ferrying the plane from Monterey, California to Hilo International Airport. And though he was flying with auxiliary fuel tanks, about 500 miles from his destination he realized he would run short of gas and radioed the Federal Aviation Administration.

Angela Henderson, a press officer with the Coast Guard says when the rescue center got the call at 12:30 on Friday they immediately dispatched a C-130 and a Coast Guard cutter along a track line looking to intercept the airplane.

"There was a fifty-fifty chance that he could have made it", Angela told me in a phone call this afternoon. "We were there in case he didn't." Thirteen miles offshore Mellor ditched the plane. A rescue helicopter hoisted him from the sea and delivered him to the Hilo Medical Center emergency room.

There were 11 airplane accidents in the United States last Friday. Nine on Thursday and 10 the day before that. You get my drift here, right? More than two dozen airplane crashes in less than a week but the one bouncing 'round the world is this one, courtesy of Coast Guard heroics, the internet and the extremely rare situation in which a pilot has advance notice that he is going down. Which is why poor Angela has been fielding calls right and left.

Who knows as this point why Mellor ran shy of fuel on a trans-Pacific ferry flight?  His narrow escape is a reminder that beyond airliners there are other safety issues that also deserve attention. If this video helps accomplish that, the Coast Guard can claim another success.


Posted by Christine Negroni at 8:29 PM

Thanks, Christine, from the thousands of Coast Guard Aviators and aircrewmen who have "stood the watch" since Coast Guard Aviation was formed in 1916. To paraphrase Alfred Lord Tennyson, "Ours is not to reason why..." (but the rest of the quote does not apply). Our modern aviation forces apply sound operational risk management and team-building strategies to promote a successful ending to each search and rescue, law enforcement, or homeland defense mission they prosecute. The 1500-plus mkembers of the Coast Guard Aviation Association are tremendously proud of them. In the tradition of naval aviation (in this centennial of Navy, Marine and Coast Guard aviation) we hoist the signal flags "Bravo Zulu" (well done!)

Mont,
You have every reason to be proud. And kudos to the Coast Guard for its decision to video tape all its rescue operations. As Angela told me this afternoon, "Its all taxpayer money so we work for the citizens. We want them to know what we’re doing with their money." One doesn't usually expect that kind of accountability. How refreshing.

And a "bravo zulu" to Angela at the NORAD Command Center. Her teamwork made all the difference in the world to a successful outcome!

See the update for more on this.
http://christinenegroni.blogspot.com/2011/10/update-on-passenger-removals-and-hawaii.html