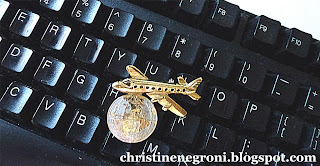 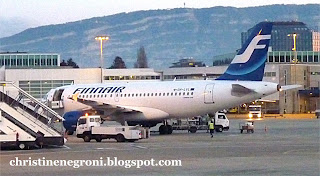 
"Now you will think that I probably behaved like a drunk or a rebel, but that is not at all the case," he wrote to me. "I complained one time about the delay to a flight attendant, in a polite manner, not loud, not using any foul language or body gestures."


Hannu says this was his third time on this particular flight and the third time the flight was delayed. The previous delays had resulted in his luggage not being transferred to his onward connection, so he was naturally concerned.
I can't weight in here with an opinion about who was right in this situation and I'm still waiting to hear back from Finnair, but according to Hannu when he registered a complaint about being taken off the plane he was  told that the airline has "the right to remove any passenger if he makes the staff or other customer feel uncomfortable." 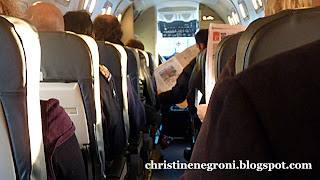 Well, yeah, they do. But there must be some standard, even internal to the company to prevent such apparent injustices as Hannu's tale and the other one that came to me this week.
Two separate readers - strangers to each other but both on a United flight from Portland to Chicago tell a remarkably similar story about what happened to them on Tuesday, on the very day my article on the subject of passenger evictions appeared in The New York Times.
As these two men - one a lawyer the other a retiree - tell the story, as they waited for their flight to take off from Portland International Airport, the passenger I'll call Mike, complained to the flight attendant that the public address system was uncomfortably loud and asked that she lower the volume.
After walking to the front of the plane she  "returned stating that nothing could be done and that if passengers were concerned about hearing damage that the plane could return to the gate and that those passengers could deplane,"  according to a man who was seated in front of Mike. 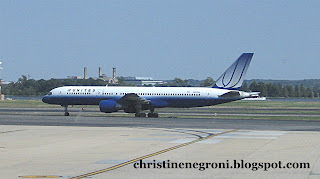 Where Mike clearly erred was in replying to this obviously harried flight attendant that he was "merely asking" if she could lower the volume because the plane did return to the gate and four United employees took Mike off.
Further, those passengers objecting to this treatment including my other correspondent, the retiree, were told that they could be ejected too.  I am told a chorus of "Nos" greeted the flight attendants announcement that Mike was being removed -- a voice vote that many passengers objected to the action, but perhaps also attributable to fears of the delay that this action would inevitably cause. After all, the airplane was already taxiing when the pilot turned it around.
In conclusion, the retiree told me he felt intimidated by the flight attendant's threat and described the atmosphere on the plane saying, "It is difficult to describe the feeling of powerlessness that we felt in this situation." 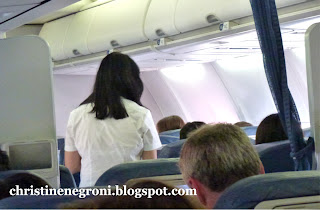 I realize we are talking about 68 million people every day who board an airplane somewhere in the world. There are going to be a few crackpots in the lot. But let's talk turkey here. 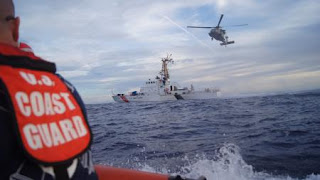 After blogging here about the ditching of a Cessna 310 off the coast of Hawaii and the Coast Guard's amazing video tape of their rescue of pilot Charles Brian Mellor, a reader of Flying Lessons made me aware of the role played by Denne Hoover of  the Federal Aviation Administration who was working at the NORAD Command Center last Friday afternoon when the ferry pilot's worried call first came in. Mellor reported that he might run out of fuel short of his destination.
My correspondent's account (below) has been confirmed by the FAA, so I share it with you, adding that of her participation in the event, Ms. Hoover modestly insisted she was simply part of a team effort. 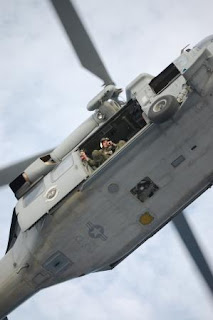 "The actual credit for the save belongs with Ms. Denee (sic) Hoover. She is the FAA rep who works in the NORAD Command Center. The pilot realized far more than 500 miles out he wouldn't make it and didn't have the gas to turn around. Ms. Hoover alerted me, the Command Center Director, and we alerted the folks in Hawaii. That action on her part gave the Coast Guard team the time to react.


This is not to take away from what the Coasties did on their end, but that pilot would definitely have been in the water for some time if not for the 3 hours lead time Ms. Hoover gave the rescue team to get in place and make the intercept.


No one will likely ever know or care about what really happened behind the scenes, but those of us on duty that night know the truth, and the real hero here is Ms. Denee Hoover, FAA professional."
I'll argue that many people do want to know the back story and I thank my reader for sharing these details with all of us.
Posted by Christine Negroni at 3:01 PM

Unfortunately some "power" was given to staff and if one of them is not on a good mood, the result is this.

I can say that on a return flight from Germany, recently, I was put on a sort of uncomfortable situation, but did not complained because it occurred to me that "she" would be insulted and I would probably be in trouble.
The isle was kind of narrow three seats to each side, the lady "staff" in question was lets say a bit to the large, and every time she would pass by, she would bump with her hips on my shoulder and the other passengers, no apologies nothing from her,
One of the passengers actually did ask if she could be a bit more careful, the reply was, - the isle is to narrow, there is nothing I can do.
In my mind only one thought, "Just say you're sorry, that's all it takes"

The word is aisle.

Well, this is only the client's point of view, I wonder what has really happened.