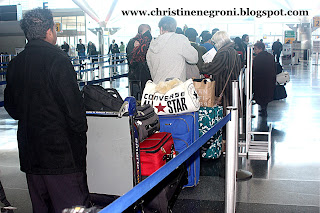 But before I'd even hit the "publish" key a loyal reader sent a link to what ABC seven-on-your-side reporter Michael Finney  in San Francisco thinks is news, a 2 minute plus tear-jerker of a story about Terri Weissinger, who made a home for herself in the San Francisco Airport in April.

Now I don't know SFO that well, I'm sure its a lovely airport. Nevertheless, few folks in their right mind would want to camp out there for a week. And the key phrase here ladies and gentlemen is "in their right mind." 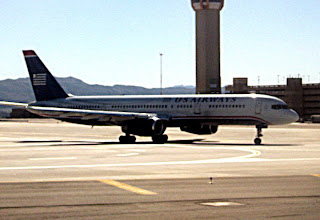 Ms. Weissinger, according to the news story, appears to be operating with her "left mind" as in - "I must have left my mind somewhere because it doesn't appear to be with me" - because she claims she didn't know about baggage fees when she arrived for her USAirways flight to Idaho. She may not have had her mind with her but she did have two suitcases and $30 in her pocket. Unable to ditch the bags or convince the gate agent to let her pay later, she channeled her inner Tom Hanks and made the airport her home for the next eight days.

There are several now-wait-a-cotton-pickin'-minute questions related to her account. But the biggest is,  what adult alive today doesn't know about airline bag fees? Ms. Weissenger explained that she hadn't flown in five years and back then bags flew free. This is so far short of passing the smell test that a reporter who passes that along to  viewers with a straight face must have a clothes pin on his nose.


I must also ask, why oh why is this USAirways problem? Mr. Seven-on-Her-Side-Finney had the nerve (reporters are very nervy, busted!) to call the airline for a response as if Ms. Weissinger's inability to pay for the services of an airline to take her and her stuff from A to B was worthy of a response and got a somewhat gracious,  "We have apologized for her experience but cannot refund her ticket." 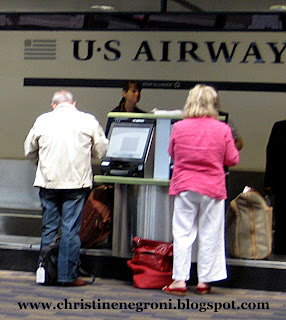 If an ABC Channel 7  advertiser was not familiar with the cost to purchase a TV commercial, I doubt that the station would say, "Oh shucks, just pay what you thought was the price." That this is the expectation of Ms. Weissenger is one thing. That she was able to spin that expectation into something a reporter thought was a reasonable position is quite another.


God bless them, it was the Airport Church of Christ that finally came to Ms. Weissenger's aid with a cash contribution that got her on her way to her new home in Idaho. She was "elated" she said to be out of SFO. No doubt so was USAirways.

We are well into a pattern of demonizing the airlines. Sometimes they deserve it. This time they don't. If there's grumbling to be done in San Francisco it is over why TV viewers had to spend any time at all watching this silly excuse for a news story.

Posted by Christine Negroni at 2:09 PM

One has to wonder what she ate for 8 days with only $30. Last time I was at SFO, that would have brought me a sandwich and a beer. Barely.

Right you are Ed, As I wrote, there's a lot about this story that just smells wrong.

Not only that, Ed, but she must have either turned up eight days early for her flight, or the airline re-booked her ticket for free (I'm assuming she used her $30 for her eight days of meals here).

Anonymous said...
This comment has been removed by a blog administrator.
November 5, 2011 at 7:38 PM