Why Seats Matter, No Shifting!

Passengers think of airline seats mostly in terms of space and comfort (most often noticing the absence of both) but the news today that American Airlines has grounded eight of the Boeing 757s in its fleet after some seats shifted in flight, is all about safety.

"There is the misperception among the public that the things you do to protect yourself are meaningless because there's nothing you can do. That's not true," Nora Marshall of the National Transportation Safety Board told me recently when I asked her about improvements in airplane seats. "Most accidents we investigate are survivable."


Airplane seats, love 'em or hate 'em, they're doing the heavy lifting when it comes to improving survivability in all the ways airplanes can get knocked around; aborted takeoffs, runway overruns, turbulence, even those plane-to-plane collisions made famous on YouTube.

Seat safety relies on a three-legged-stool so to speak
In American's case, the way the seat is secured to the floor seems to be the problem. And lest anyone rush to conclude that mechanics may be venting their anger with a difficult work environment, by purposely mishandling the seat installation, American Airlines spokeswoman Mary Frances Fagen told Reuters there "could be a possible issue with a certain model of seats and how they fit into the tracking used to secure the seats."

American is in the middle of a fleet renewal effort on 106 B757s that includes new seats. This leads me to wonder if the seats causing the problem last weekend are new to the B757 or if there have been previous problems with the seat to floor attachment we just haven't heard about.


Just last month, I spent the day at the research and development lab of crash test dummy manufacturer Jasti in Numazu, Japan. Company boss Yoshi Ozawa explained how plane and auto seats are tested on dummies fashioned in every conceivable way to mimic the physiology of passengers.  In contrast to us complaining air travelers, dummies sit silently while their heads are cracked and their spines are flexed. But at the end of all that torture, we are the beneficiaries.


It is worth noting that not far from where I was watching this inanimate mayhem, the airplane seat manufacturer Koito, was back at work producing airplane seats.

Koito is responsible for what has to be the biggest and costliest seat manufacturing scandal.  Over the course of a decade, Koito falsified test data on the seats it made for Boeing and Airbus throwing into question whether the seats would in fact protect passengers as required.

More than thirty airlines were stuck with airplanes they couldn't use. Continental (now United) had seven planes waiting for seats for months at Boeing's Paine Field. You can read the story I wrote for the International Herald Tribune, here. 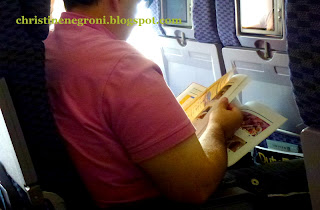 More recently, I reported for The New York Times, the concern of some scientists and engineers that current seat testing may not be sufficient to ensure the safety of  heavier passengers.  This report got folks in the industry talking, I am told. At the most recent Aircraft Interiors Expo larger passengers and what will be done to accommodate them was a subject of much discussion. 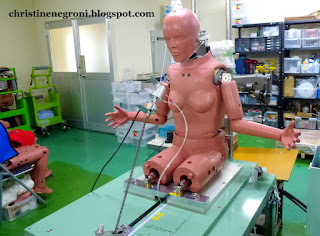 All of which is to say that the humble economy class airplane seat, subject of ill thoughts when it is thought about at all, was primed to receive more attention even even before American's 757 troubles began because a lot of thinking goes into where we put our seats - as well it should.


Posted by Christine Negroni at 11:23 AM