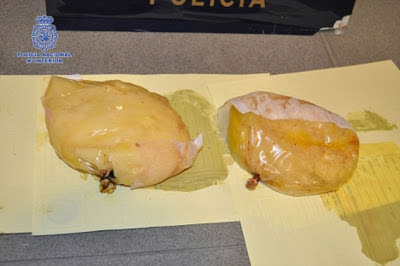 Contending for eww story of the month, and certainly a contender with this event in Sharjah for  the 2012 "say WHAT?" award, an air traveler on an Avianca flight from Bogota to Barcelona was arrested for smuggling approximately 3 pounds of cocaine implanted in her breasts. 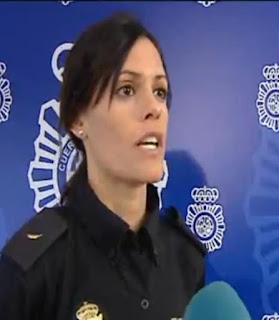 News reports say the 28-year old Panamanian woman attracted the interest of customs officials on Tuesday when she gave conflicting answers to routine questions about the purpose of her trip. A law enforcement spokeswoman said the passenger was wearing blood soaked bandages and reported to the agents that she'd undergone cosmetic implant surgery. The woman was taken to a nearby hospital where the bags were surgically removed.

At first I thought it was just Christmas craziness, because last year a similar stunt was foiled when a woman was arrested at Fiumicino Airport in Rome and charged with trying to bring cocaine crystals into Italy in breast and fanny implants. But as I looked into the subject, I found myself going down a rabbit hole of similar stories, from the supermodel drug queenpin in Argentina to the 23-year old who died on an internationial flight with 60 packs of cocaine in her stomach. Then I found this Seattle Times report from 20 years ago making me realize this is nothing new.

"The amount of body cavity smugglers that are caught each year is miniscule compared to the amount that actually make it through checkpoints, border crossings, prisons and other controlled areas," according to Recovery First, a Florida based substance abuse clinic, calling "body packing" a worldwide problem of monstrous proportions. 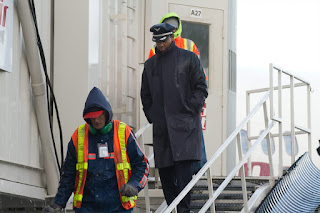 Denzel Washington's movie Flight, notwithstanding, the aviation community needs to pay attention to how lax environments at airports encourage criminal activity because it's a short step along the path to permitting terrorist activity.

Shock/amusement/revulsion/dismay - chose one or chose all - follows a story like this one from Barcelona. But drama aside, good airport security is a lot more than political theater, or at least it should be.

Posted by Christine Negroni at 2:59 PM