Two breaking news stories that have consumed my attention recently seem on the surface to be unrelated, beyond the obvious - both are about air safety. The first is the revelation I made in APEX magazine on Tuesday that American Airlines has once again been flying a Boeing 757 with seats installed incorrectly.  The entire coach cabin seats were placed 2 inches off, blocking access to the airplane's over wing exits. You can read the full story here.

What knocked me off my seat is the statement the FAA made when I asked if this latest  problem would be part of its ongoing investigation into the airline and its supervision of its outsourced maintenance supplier, Timco. I was told the two situations are not related.   In this recent case, "the seats were installed correctly, but in the wrong place. The previous investigation had to do with seats that popped loose from their tracks," the agency spokesman said. 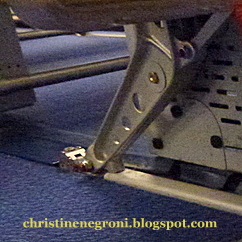 Seats in tracks versus seats popping out of tracks? This defines a significant difference? It  ignores the larger picture, says John Goglia, a former member of the National Transportation Safety Board who is now a private air safety consultant. "It's mind boggling that they can't get the seats right," he said.  "There's no question that everybody involved in the organization from Timco, to American, to the FAA should have been very sensitive to any work involving seats and the interior of the aircraft." In other words, its not about the specifics, whether the bolts are in or out of the tracks, its about the overall quality of the work being performed.

The latest Dreamliner news has a similar, can't-see-the-forest-for-the-trees feel. The New York Times reports today that the All Nippon 787 that experienced an in flight smoke event on January 16th, had repeated problems with the cobalt oxide lithium ion battery used for onboard power. It replaced ten batteries on the plane in the months prior to the emergency landing, the Times reported, but while the airline reported this to Boeing, no one seemed to think it was a relevant safety event.

In the past day, the batteries produced by the Japan-based manufacturer GS Yuasa were all but acquitted of containing flaws that could have led to their smoky demise aboard a Japan Airlines 787 on January 7 followed one week later by the in flight event on the ANA plane.

And while its exciting to see everybody as energized as a certain battery bunny over questions about electrons and cathodes and battery management systems, I worry that when the headlines bounce from one potential "cause" to another, the real hazard will will fade from view. That real hazard as I see it is the manufacturer's reliance on the extremely volatile cobalt oxide flavor of litihum ion. 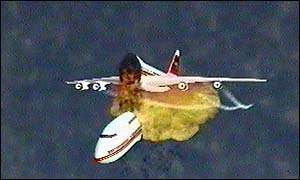 I've seen this kind of a dodge before. In 1996, a Boeing 747 took off from New York headed to Paris, but 13 minutes into the flight, the plane's giant center fuel tank exploded tearing the airplane into bits and sending it and its 230 occupants showering down into the Atlantic Ocean. I wrote a book about the crash of TWA Flight 800, the basic thrust of which was this: The location of center fuel tanks on Boeing jetliners over a heat source meant that about one third of the time, if an ignition source is present, the vapors in the tank could explode.

My book didn't break that news. This basic thermal science was known for years.  My book just assembled into 237 (marvelously written) pages this obvious conclusion: Try all you want to keep ignition sources out, the design of the tank was the basic problem. It was an unacceptable hazard.

But for four decades Boeing executives and federal regulators played Whack-a-Mole. You know, that's the  arcade game where stuffed moles pop up from various holes while someone armed with a cushioned bat tries to smack them. Its not possible to win a game of Whack-a- Mole because while you're busy with the mini mammals to the left, other moles are popping out of the holes on the right.


Now, as if the exhaustive investigation into the 747 fuel tank design had never happened, Boeing is playing this game once again. It is standing by the argument it won with the FAA in 2007 when it gained a "special condition" to install the lithium cobalt oxide batteries on airplanes. Boeing insists its clever engineers have created safeguards that take into account every single thing that can possibly go wrong. Except of course for the unexpected moles one in the east and one on the west. 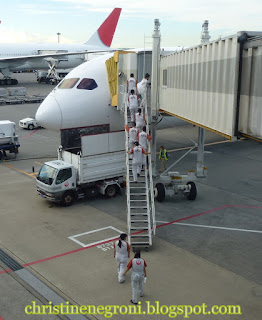 "These events should not happen," NTSB chairman Debbie Hersman told reporters last week. "There are multiple systems to protect against a battery event like this. Those systems did not work as intended. We need to understand why."

Yes, they do. Understanding should not, however, pave a path to fixing a specific problem while carrying on with a larger plan to keep on using a type of battery that, if carried anywhere else on the airplane, would be considered hazardous cargo.

If Boeing and the FAA would just take a minute to look up from their Whack-a-Mole game perhaps they'd see that larger picture.

Posted by Christine Negroni at 1:44 AM

Bravo, Christine! One of your top columns yet.
You are absolutely correct; meeting the certification requirements under the FAR XX.1309 series is an exercise in Swagging guesstimates of poorly defined criteria.
In the instant case there are real data that demonstrate that the 787's battery systems will not meet the .1309 definitions for either "improbable" or "extremely improbable" failures.
If, in fact, the JAL and ANA battery excursions resulted from exclusive sources, then there are two independent failure modes facing Boeing and the FAA.
Standing before a TV camera and saying otherwise is unbelievably foolish.

Good grief, any batteries carried as cargo are considered dangerous goods. Yet, with the correct amount of care and consideration it is done every day. Your talent for sensationalist, headline 'journalism' is unsurpassed.

"Care and consideration" seeming to be two of the missing links in the case of the Dreamliner.

SpeedDodo is seemingly unaware of the crashes which have occurred because of Li-ion battery fires in cargo, where "care and consideration" have become a significant problem. Perhaps he would prefer that similar hazards not be communicated to the flying public until such time as a major accident occurs. Oh, it has already, hasn't it?