In Support of Soldiers, Airline Lives Up to Its Name 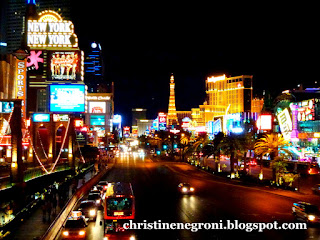 Round about now, a certain injured Army special forces sergeant, is whooping it up in Las Vegas, thanks in part to a number of employees at American Airlines who have learned being more fuel efficient can also be philanthropic.

Sgt. James Davenport, a 41 year old career solider from South Carolina, stepped on a improvised explosive device while on patrol in southern Afghanistan on October 28th. It tossed him in the air, ripped off his left leg and did a whole lotta damage to his right and the stuff in between.


His road to recovery included days in a medically induced coma, 32 surgeries, medical treatment on three continents and quite a bit of psychic and physical re-adjustment.

Davenport is one tough soldier. We spoke on Friday at the American Airlines Admiral's Club at JFK airport. "Special ops guys, our cortisol levels are higher," he said by way of explaining his stellar mental health. One doesn't need a chemistry lesson to know that Davenport's life over the past two and a half months, hasn't been day at the beach. Nor has it been easy for the thousands of other soldiers who have similar stories. 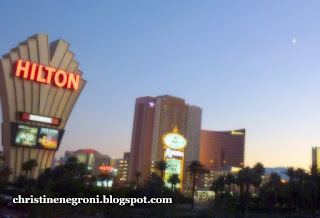 This weekend at least, hundreds of them will rest and relax, see a show perhaps or roll the dice at the casinos and tonight, they will put on dress uniforms for a fancy-pants dinner at Creech Air Force Base. The weekend, the dinner, and ongoing projects at the base 50 miles northwest of Sin City are all part of a program sponsored by the commercial insurance broker, Swett and Crawford.  Jennifer Pinto, the director of marketing for the company says it has taken on the mission of helping soldiers on their return to the U.S. "Its our turn to serve," the company website says of the program it calls Swett Warriors.

There are a number of organizations devoted to smoothing the transition for returning vets, a task that must be doubly difficult when the veterans have physical injuries on top of the ordinary issues of re integration. Enjoying a beer compliments of American, Davenport told me he gets invitations to go skiing, fly fishing, elk hunting practically every day. "It's near constant" he said. Saying "Thanks" in the form of activities, not to mention transportation for medical and personal needs is something that's "being done very well," he said. 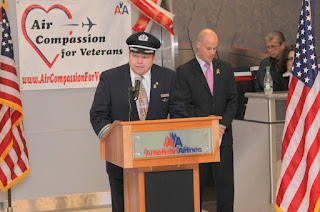 American, often emphasizing the significance of its name, has a number of patriotic initiatives. Sixty percent of its pilots and ten percent of its workforce are active military or veterans. It welcomes soldiers on duty into its airport lounges and gives them priority boarding. American is a supporter of the USO and the Gary Sinise Foundation.

What stands out to me about the program that paid for $2 million worth of airline tickets for soldiers' private travel since 2010, including this weekend's trip to Vegas, is how creative is the source of the funds.

All airlines are trying to minimize fuel consumption. At American they call the effort Fuelsmart and it includes taxiing on one engine and using ground power rather than the APU at the gate and other  techniques - many of which came from the richest of sources - the employee suggestion box. 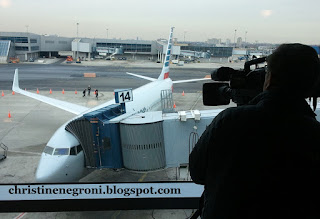 But in 2010, I am told, two pilots convinced airline management to take twenty percent of the money saved and donate it to Air Compassion for Veterans.

So Friday, while reporters and airline corporate customers were eyeballing the new American Airlines livery on display at gate 14, Beth Norton, Joseph Daly and John Fenech were across the rotunda at gate 12, creating a tornado of activity as they directed the setting up flags, balloons and bunting. Before the day was over, 27 wounded soldiers and their families were going to be boarding Flight 257 to Vegas and the New York crew wanted to give them a proper send off.

When all was ready, a military color guard, led the soldiers down a red carpet runner from the lounge to the gate and normally too-hurried-to-be-bothered passengers stopped to watch. 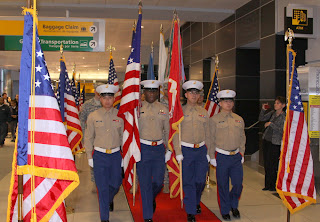 At the gate, even business class travelers had to wait while the honored guests boarded first. And as they handed their tickets to the gate agent, she handed each of them a $20 bill - a gift from an anonymous passerby who wanted to provide gambling money. 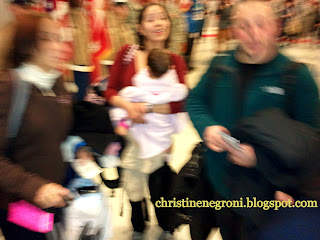 I hope these travelers have a sensational time this weekend and I suspect I'm not alone in being cheered by what the airline and its employees' are doing as part of a reinforcing circle of benevolence.

Posted by Christine Negroni at 4:29 PM

For all the "bad publicity" American Airlines is receiving these days, this is a GREAT STORY about their airline, their employees and others who donated to this cause. Salute to everyone involved !!

Jay,
You are right about that.
Christine

Thank you Christine for writing this wonderful piece about one of the things we do for the troops. It was a pleasure meeting you Friday and I hope you can join us at JFK for future events.

Sorry I had to write comment as annonymous. I tried using my gmail account but it wouldnt let me, John