I promise I am not going to fawn over Deb Hersman, chairman of the National Transportation Safety Board, I've done that before and I don't want to get tiresome. Once again, though, the little lady has gone and done what no big guy before her would do, she's talking turkey about the Dreamliner.

"We do not expect to see events like what we saw on the 787," she said of the Japan Airlines Dreamliner that pulled in at Boston's Logan Airport at ten o'clock in the morning on January 7th and before lunchtime was spewing smoking flames and "molten electrolytes". Don't call me sensational, that's her quote! 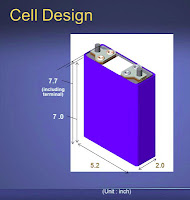 When it comes to the B-Batteries on the Dreamliner, Hersman is using the S-word, she's not only saying the plane is a S-safety concern it's a S-serious S-safety concern.

In a presentation to the media this afternoon, Hersman displayed enough photos and diagrams to delight geeks everywhere. She pointed out windings, electrodes and battery cells. She talked with some pride about the board's materials lab, where hundreds of feet of wire have been smoothed out, sorted by their coatings, aluminum/copper, copper/graphite, aluminum/lithum cobalt dioxide.

What does all that mean? I haven't the slightest. But it was part of what she offered as proof that "all hands are on deck" at the L'enfant Plaza safety HQ and putting their backs into getting answers.

And that's what's so nice to hear. After three weeks of listening to the Transportation Secretary and the FAA Administrator and many other industry hot shots talking about the Dreamliners "teething problems" and normal new airplane hiccups, here's the woman charged with making sure that safety events aren't glossed over as something less, making sure she's doing her job.

No one ever wants to experience, “fire on board an airplane," she said about as soon as she stepped up to the microphone. In two weeks time “we saw two cases of battery failure of the 787 and the grounding of the fleet by the FAA. The significance of these events cannot be understated.” 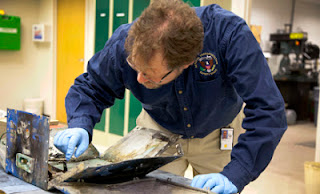 Now watch out because she's looking at the Dreamliner problem not just as something that needs to be found, fixed and flown, but maybe even illustrative of a bigger problem of FAA oversight of airplane certification.

There is some precedent to this. Way back in October 1994, an ATR regional jet crashed waiting for clearance to land in Chicago. The NTSB thought the plane's anti ice design was flawed and agitated for a review of the certification, which had been done by the French and adopted in the United States without much scrutiny as part of a bilateral airworthiness agreement. I'm told by people who were involved with the case that this international safety dispute kicked up quite a S-storm and the S in this case stands for just what you think it does. 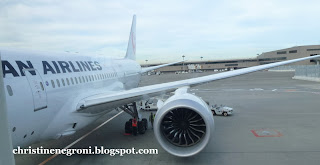 Point being that sometimes airplanes get certified in spite of inherent flaws. S-happens. Whether that's the case with the 787, we can't yet say. But here's a safety professional willing to see a potential safety problem and acknowledge it for what it might be without mincing around. What does it take to have more like her?

Posted by Christine Negroni at 7:28 PM

"What does it take to have more like her?"

Reward the truthtellers at the FAA and punish the abusers.

I can tell you exactly what it means. It will take months to figure out what went wrong, if ever. McNerney had better start earning his $20,000,000/year and come up with plan B, because plan A --pretending that everything will be okay-- is not working.

What if the NTSB Materials Lab folks take apart the battery(ies) and find nothing wrong? Do they know what "something wrong" looks like? Most scientific analyses proceed from the "macro" (what happened) to the "micro" (what caused it to happen). Let's hope that, in their process, they don't end up destroying what they should be looking for.

The ATR icing issues and the political wrangling that resulted are not a very fair comparison to what has transpired with the 787.

The ATR was no better or worse in icing than any other regional turboprop on the market then (or now). It had been used safely in winter conditions by many operators for years without incident. Much like the Colgan accident in Buffalo, there were significant pilot training, SOP and human factors involved in the Roselawn accident. Most pilots knew (even then) that flying any airplane in heavy icing conditions for an extended period of time is a recipe for disaster. They knew that it was their responsibility to get out of such conditions quickly, not hang about twiddling their thumbs waiting for a clearance just because ATC is "busy".

Obviously I can't prove it, but I suspect that if the ATR had been a domestically manufactured aircraft, the way it was handled by the FAA and the NTSB would have been "different".

Gordon Bethune, a man with considerable expertise in all facets of air transportation has "weighed in" on the 787 issue.

What do you think about his Jan 27th piece in USA TODAY calling the 787 grounding "absurd"?

The imbedded poll on his commentary show the majority agreeing him.