Etihad Finds a Seat Between Prudent and Audacious 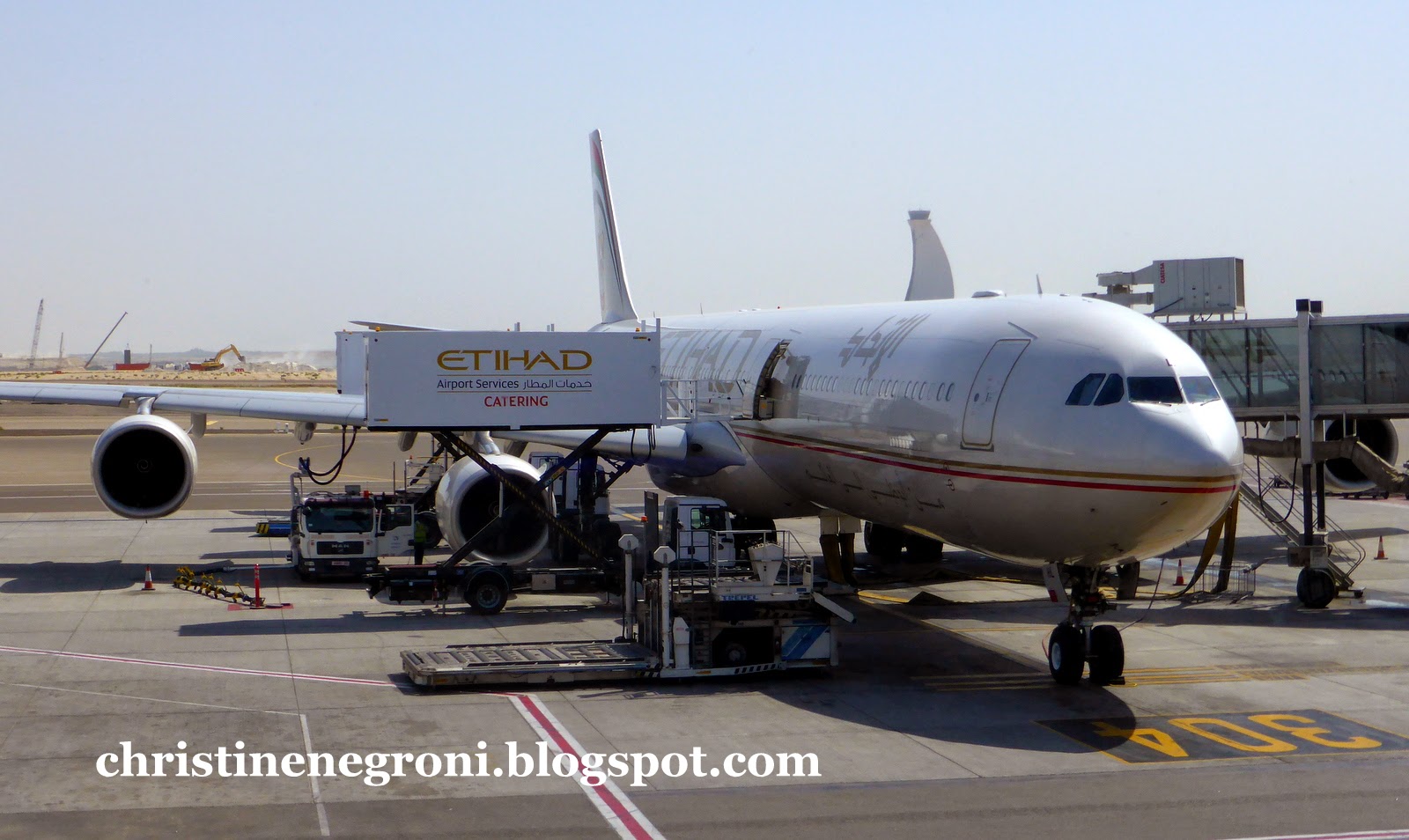 When I told my friend the other day that I'd be traveling on Etihad she asked, "What's that?" In the United States, the 10-year old airline is not a household name. And though I am more than tired of writing stories about the mad rush by airlines - including Etihad - to woo and coddle the premium class, I have to give the Abu Dhabi-based carrier credit for it's audacious new luxury product unveiled to the public on Sunday.

So spectacular was the series of beyond first class accommodations that will be installed on the airline's soon-to-be delivered Airbus A380s and Boeing 787 Dreamliners, that many reporters present for the event at Abu Dhabi's Fairmont Hotel didn't note the cautionary comment of Etihad chief, James Hogan, but here it is.

The first routes on which the new Dreamliners will fly will include Dusseldorf to make sure the finicky 787 is close to a maintenance base to handle the anticipated problems.

Etihad wants to "ensure we have the right support on the ground," Hogan told reporters, "the right spares in case there are any issues. That’s why we selected Dusseldorf," to be one of the Dreamliner's first destinations he said.

Hogan has learned from his competitions' experience including Norwegian, another quick-start/now booming airline that was caught flat footed when the 787's on which its international low cost carrier dreams were made, were grounded last year. The global emergency airworthiness directive came just months before Norwegian was to begin new service to New York and Bangkok from Oslo.

All is still not right in the Dreamliner skyscape. Etihad is correct to pay close attention to the entry-into-service-issues of other 787 operators. Especially its not-so-far away neighbor in New Delhi.

Air India's VT-ANM Dreamliner was out of service from early March to late April, with what I am told was a long software upgrade that turned into a parts shortage. The airline finally resorted to cannibalizing another plane, VT-ANI, a process that anchored that plane on the ground for 17 days and counting.

Except for their common choice of the Boeing 787, Etihad and Air India couldn't be more different. While Air India is dowdy, uninspired and unprofitable, Etihad is energetic and acquisitive, which brings me back to those seats.

In creating a flying "Residence" a living room and bedroom suite with a full private bath and shower, Etihad had to essentially redesign the front end of the A380 interior, taking it from a twin aisle to a single aisle cabin. With the additional space, it could make the private suite and nine more capacious first class compartments. You can read the details in this article I wrote for Runway Girl Network.

What stands out in my mind about this whole enterprise is the chutzpah required to turn this ambitious idea into reality. Planning began five years ago, long before Hogan could have known just how successful the airline would become. Long before his big talk about shunning the established alliances and creating his own would indeed blossom into a network that includes equity stakes in six airlines from airberlin to Virgin Australia.

"We are 10 years old with a track record of innovation," Hogan said. 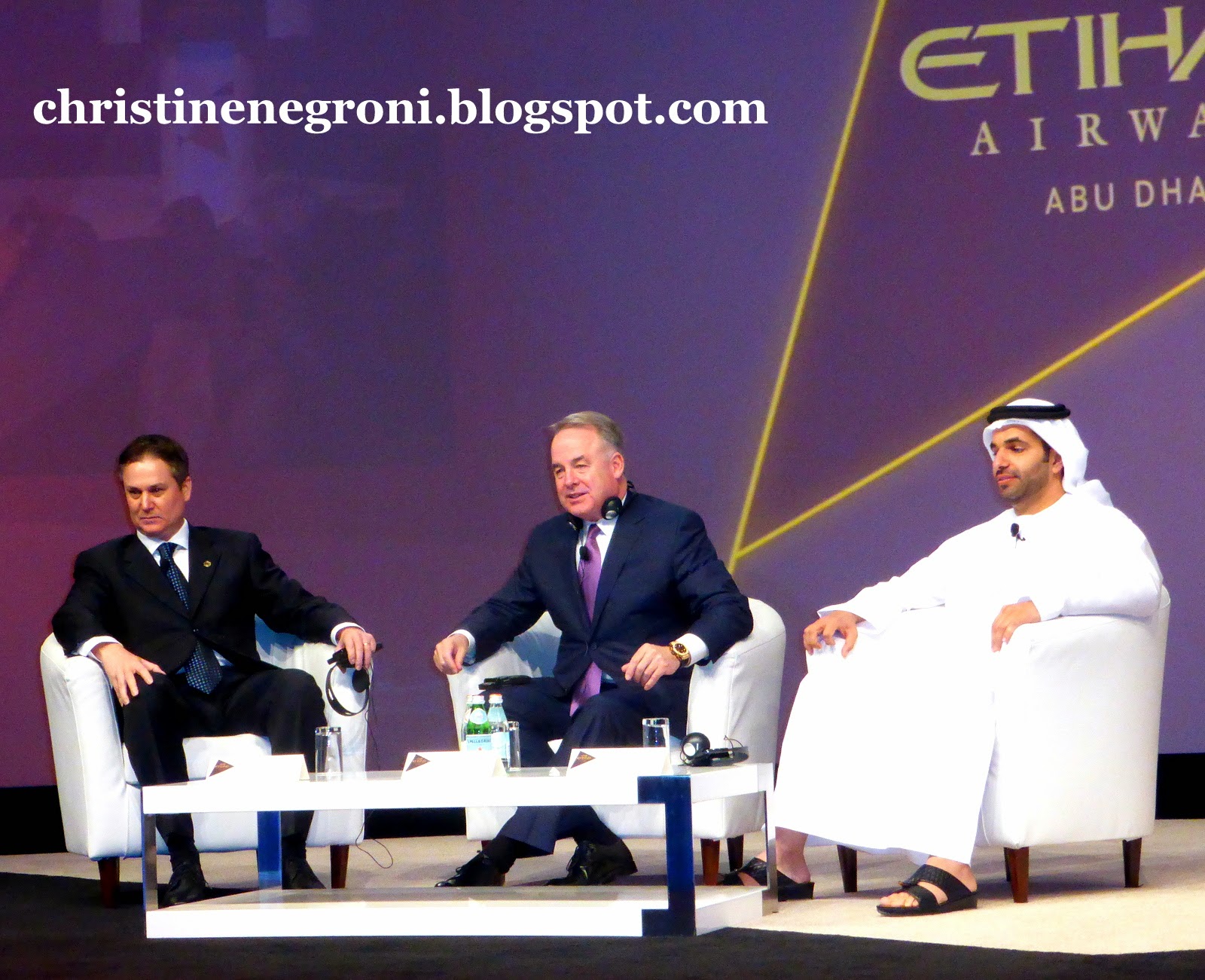 Whether trying to compete with private jets in the level of luxury afforded to high end airline passengers turns out to be a good idea or whether those Dreamliner purchases become more trouble than they're worth, remains to be seen. There's one thing you can say about Hogan, though, when it comes to finding a place between caution and risk he appears to have been careful in choosing where Etihad will sit.

Posted by Christine Negroni at 1:34 PM

This is really nothing new. Etihad is simply coming full circle to the days of luxury commercial aircraft such as Boeing's 314 Clipper and the massive Boeing 377 Stratocruiser. These aircraft interiors were compared to fine hotels and offered many extravagant amenities and features such as top quality upholstery fabrics, sleeping berths, cocktail lounge, and bar. As it was back in the 1940's and 1950's, the cost of traveling in this level of luxury is reserved for a very few.

Etihad is coming full circle. They have invested heavily in marketing during the last 2 years. Soon we gonna see 3 Gulf carriers leading the world of aviation.