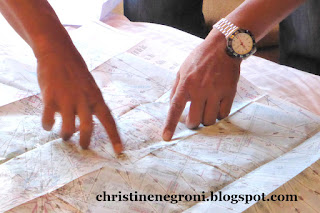 It’s an exciting possibility that a piece of Malaysia Flight 370 may have washed up on the beach in Reunion Island, 3700 miles across the Indian Ocean from Perth. What looks to be a piece of wing is nine feet long and 3 feet wide.  A statement from the French air accident bureau says it is not possible yet to determine whether the part is from a Boeing 777 or Malaysia Flight 370.

For months I’ve been wondering why the search for MH-370, has been entirely focused on the most difficult place to find the plane, under the storm-tossed South Indian Ocean. Why hasn’t a small fraction of attention been paid to an aerial or land-based search along the ocean's coastlines?

Martin Dolan, chief commissioner of the Australian Transportation Safety Board explained police in Indonesia were asked to keep an eye out particularly in Sumatra where some analysis suggested debris could wash up, but that was in August of 2014. A survey of Indian Ocean shoreline was primarily "through the police and civil populations of the areas"  Dolan told me.

While Dolan says a few items have been reported and examined nothing so far has come from the plane. (Quite obviously or it would have been big news.) 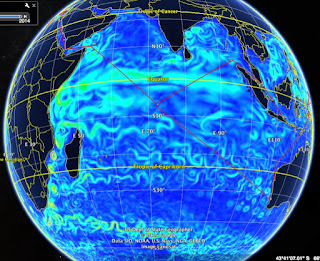 A search of the beaches of all the nations bordering the South Indian Ocean would be easier, faster and cheaper than the multi-million dollar underwater extravaganza now it its second season. Finding a piece would not help find the airplane, though because no drift modeling of currents is likely be able to work backwards over the course of more than a year.

Still, the benefit of finding something, anything from MH-370 would put to rest some of the wilder speculation regarding the fate of this flight. And don’t underestimate the advantage in that.

Just today, I was interviewing Larry Stone for my book on aviation mysteries. Stone's Metron Scientific Solutions is responsible for turning the hunt for Air France 447 into a methodical, math-based calculation of probabilities that by gosh, actually did result in turning up the missing airplane after a two year search. 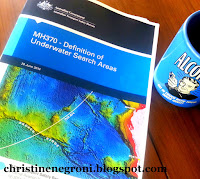 Stone is a mathematician and I am not, but the formula for how find a missing airplane lost at sea - even I could comprehend.

"It's not just somebody putting up a map and saying ‘okay we searched those areas’," Stone said downplaying the idea circulating these days that since the plane hasn't been found, it must be somewhere else.  A very important part of the search is the evaluation of all the information; before, during and after - including evaluating the chances that information is wrong or the target has been overlooked.

“If you searched for an area and didn’t find the target and you think,  ‘it is not there’ often that’s not correct,” Stone told me. Half the battle in a search seems to be the evaluation.

I don’t know if Australia and its search contractor Fugro are using this Bayesian mathematical evaluation to find MH-370. But it seems like they ought to be.

And even if the shell encrusted wing found on Reunion turns out not to be MH-370, searching more actively on the shore wouldn't be a bad plan either.

Posted by Christine Negroni at 6:15 PM