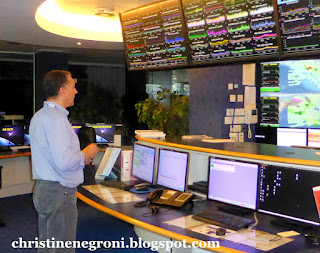 In the past I’ve referred to them as the kids who couldn’t get a date for the prom. Now, I bet the engineers at the British satellite communication company inmarsat will be the coolest kids of summer if the portion of an airplane found in Reunion Island in the Indian Ocean turns out to be from Malaysia Flight 370.

Jonathan Sinnatt, director of corporate communications for inmarsat said the company is not making any comment – certainly not before a determination is made about whether the 6 foot long piece of what appears to be part of a wing, is actually from the missing Malaysia Boeing 777.

They’re mum now, but pocket-protector wearing communications technologists at inmarsat haven’t been quiet in the past. They’ve shared with the scientific community the complicated formulas that allowed them to estimate where Flight 370 may have ended up. They opened their thought process to outside review so others could comment and expand on what is known about this mysterious flight.

This is crowd sourcing at its finest and may provide a lesson to the Malaysians and the Australians who have not been as open about sharing details of what they are up to. 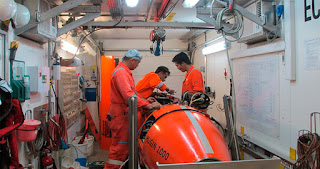 Since selecting Fugro, a Dutch sub-sea engineering and exploration firm, to look for the airliner, all has been silent down under according to Colleen Keller, a mathematician at Metron Scientific Solutions. Her company helped the French air accident bureau find Air France 447 when it fell into the Atlantic in 2009. She and others in the underwater search community complain about the lack of information from the Australian-supervised search. Publishing details of their experiences would enable others to make suggestions and advance the knowledge base.

“We don’t know how well they’ve looked,” she told me. “And we don’t have ship tracks that show where they dragged the sensors or at what depths.”  Answers to those questions and many more can be programmed into a Bayesian math theory that weighs probabilities and helps narrow and direct search efforts. It can also assign a likelihood to the question, 'if the plane has not been found, does it mean it is not there?'

How helpful is it when a global community of specialists contribute thoughts on a particular problem? Ask inmarsat. They didn’t pull their assessment that the plane flew south into the Indian Ocean out of a hat. Their initial report evolved with the contributions of others.

Not all ideas are useful, however. For every valuable tip a far greater amount of nonsense is generated. I got that. The obvious big benefit to finding a piece of MH-370 in the South Indian Ocean is that some nonsense, what Keller calls the “anywhere else in the world” probability goes away.

Because aviation involves a considerable number of sophisticated and highly technical components, it can be hard for the casual news consumer to separate the plausible from the preposterous.  This is crowd sourcing’s dark side.

In my book being published by Penguin Books next spring, I tell the story of several air disasters where it is the investigators who take advantage of this complexity to bamboozle the public. Probable cause reports on air accidents that just don’t hold up under scientific scrutiny include the crash that killed Dag Hammarskjöld in Zambia in 1961 and the death of 256 American soldiers and air crew on a charter from Gander Newfoundland in 1985 and the flight of a sight seeing Air New Zealand DC-10 into Mt Erebus in 1979. 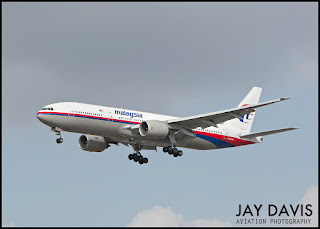 For the most part, I’m upbeat on crowd sourcing because I believe the scandalous deception in those crash investigations should be harder to accomplish in light of the 21st Century’s global visibility. And I’m sure that the families of MH-370 victims feel similarly though transparency in the investigation and the search is a mixed report so far.

As we talked about the hopeful news from Reunion Wednesday, Keller reminded me of something that everyone assigned to solving the cash of the missing Boeing 777 ought to remember. “The whole world is waiting,” she said.

And their bamboozle detectors are armed.
Posted by Christine Negroni at 10:57 AM