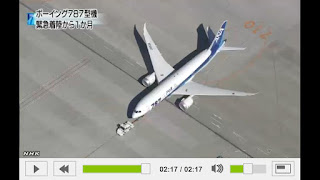 Note: This post has been updated with new information from TUI Arkefly.

Two years ago, episodes of smoking and sputtering lithium ion batteries on two Boeing Dreamliners were so horrifying the entire fleet was grounded for months and the design was the subject of three safety investigations. But a mysterious transition has occurred, as if a spell had been put on the folks responsible for safe skies.

Just in time for Halloween and as I reported for Gizmodo, in the 18 months since Boeing was forced to confine its devilish batteries to a stainless steel housing so the plane could fly again, several more have misbehaved, emitting smoke and leading to at least one emergency landing.

And yet, as swift as a witch on a broomstick, the cobalt oxide lithium ion battery tricks have flown from nightmare to “non-event” according to Laura Brown, a spokeswoman for the Federal Aviation Administration.

"Non-event" or not, Boeing opted to report one instance to the FAA and the National Transportation Safety Board. That was the diversion of a Qatar Airways 787 on October 4, 2014. The plane maker provided the information under a program intended to encourage the “industry to share significant safety related information.”  The government incites disclosure by promising details won’t be shared with nosy reporters like me.

News of the battery-related diversion came to me from someone outside the government who is familiar with the goblins of the 787’s power storage system and who told me that the problem in October was not the first since the boxes were installed, which I knew, nor was it the most recent, which I did not know.


According to this person, who prefers to remain in the shadows, a 787 lithium ion ship battery went haywire the week before last, on a European operator of the 787. I believed and originally reported here that this was the Dutch carrier Arkefly, part of Germany's TUI. But several days after sending questions to their public relations office, spokesperson Kuzey Alexander Esener, told me, "TUI did not experience any battery issue on its 787 aircraft."

Boeing won’t answer any of my questions about Qatar’s problem (and there may have been two, the one the FAA confirmed in October, and a previous one in April) or about the one I was told occurred last week; a curiously defensive position if in fact, this is no big deal.

Don’t be afraid, the FAA says. If the containment box handles the discharge of smoke and fumes, then it will have “confirmed the effectiveness of the new battery and battery system design.” That’s what Brown told me.

Well naturally this made me wonder, how do they know the effectiveness of the box or the extent of the damage to the battery since neither the FAA nor the NTSB conducted an investigation?   They know, Brown told me because Boeing looked into the matter and said everything was okay.

Well, how many other events have there been? I asked Brown to which I received this word-parsing reply.

“The redesigned 787 battery system has performed as designed during all battery events to date.”

"All battery events"? Okay, so what are the others?  I decided to try my question again.

“Has the FAA been notified of any other battery events beyond the JAL in January 2014 and the Qatar event in October?” I asked. 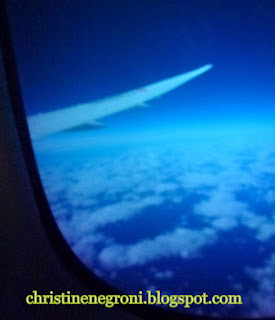 “Christine, we don’t consider something an ‘event’ if it performs as designed.”

When Boeing announced with a abracadabra! That its engineering wizardry had solved the problem that had fifty 787s earthbound for four months in 2013, it might not have been apparent to the flying public just what that fix would look like but now we know.

Deep in the bowels of the Dreamliner; inside the box into which the plane’s lithium ion batteries are packed, the cells can boil, boil, toil and trouble, but travelers have no reason to fear.

You decide if that’s a trick or a treat.

Posted by Christine Negroni at 5:07 PM