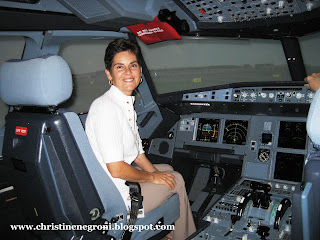 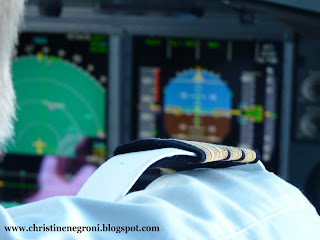 In an announcement today, the ATSB promised it is still looking for the answer. By examining the damage to the plane and its systems it hopes "to understand its effect on those systems and the impact on flight safety. That includes their effect on the aircraft's handling and performance and on crew workload."
The airlines that fly the Airbus A380, Lufthansa, Air France, Emirates, Singapore, and soon, others, consistently fly them with two-person crews. Only luck or Providence is responsible for the fact that on the Qantas flight five highly experienced airmen were on the flight deck trying to sort out the problems.
So before the investigators wrap up the Flight 32 investigation, they should be darn sure Qantas Flight 32 isn't written up as a near-disaster, successfully completed by a crew of heroes and an exceptional plane. They should fly the simulator and make sure that this airplane isn't too big and too complicated for two pilots to handle when things go wrong.
Posted by Christine Negroni at 9:14 AM