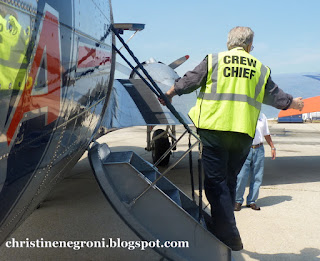 Sure planes have changed. Keep in mind, Al's hands have touched flying boats and Boeing 747s. Al has changed as well. He uses a computer now - and no longer drives on the ramp. These are the necessary evolutions. Underneath, there is a constancy, a loyalty that is attention-grabbing by its infrequency.

When I asked him when he thought he'd want to quit working, Al shrugged as if the thought hadn't occurred to him before, though I know it must have.  "Since I enjoy working, this never is a chore," was his only reply.

This is all the more remarkable at American which has seen more than its share of labor woes and conflict. "We have a job that has to be done, every day," said Pete Trapani, a mechanic closing in on 40 years with American Airlines himself. Indicating the hangar with a wave of his hand he said, "We know everybody here and there is a lot of camaraderie."

I'd been invited to meet Al at the hanger and join him on a flight on the vintage DC-3 Flagship Detroit, a plane owned and maintained by the foundation of the same name. The flight would be a gift from American Airlines to its longest-serving employee. Truth be told, it was the flight that drew me to the story because this would be a very rare opportunity to fly in a plane that carried American Airlines passengers from 1936 to 1947 and is truly a piece of living, flying aviation history.

The plane was rescued from crop-dusting duty in 2004 by a few American Airlines pilots including Zane Lemon. Together they restored the plane to near-original condition with the exception of more advanced flight avionics and more fire-resistant seat fabrics. The airplane looks like it did when it was hopscotching around the country at 10,000 feet with a full load of 21 passengers. 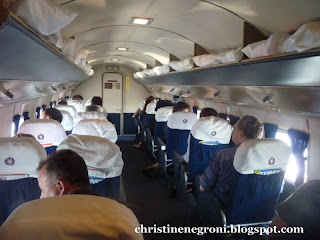 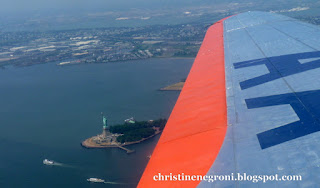 Seats are small and while on the ground, the cabin was a furnace. The propellers were noisy as we  took off amid the modern jetliners at JFK. But, these were petty issues. Who couldn't love the authenticity of the experience? Strip away inflight entertainment, on board showers and one is left with the simple thrill of flying.

That is the only way to understand people like  Al Blackman and Zane Lemon and Dave Buffington and Gene Christian, the men who flew the flight. The pilots pay for the privilege and spend months away from home, taking people up in the sky to raise money for Flagship Detroit's ongoing maintenance.

Zane who is president of the foundation clicks off DC-3 facts like they were the names of his grand kids and throws in comments like, "When we show it at air shows, when we park it among other DC-3s that are there, this is different. Ours is the real deal.”


Yes, practically speaking, air travel has enabled Al to support a wife, raise a family and indulge his hobby - restoring historic aircraft at Floyd Bennett Field. But what drives him to report to work every morning is more than a paycheck, it is doing what he loves and sharing that joy with others. In his world, there are many others who also feel blessed to be doing what they do - year after year after year after year.


Follow the travels of Flagship Detroit at the blog As the Cyclones Spin.

Posted by Christine Negroni at 11:04 PM

This is one of those things that separates good employers from mediocre ones. There is need for constant employee appreciation in whatever way. It may be a cerficate, a handshake etc. This is inspiring