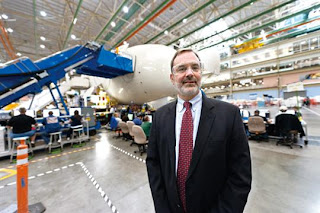 That's not what I'm told, and replying to a question in a Senate hearing yesterday the Seattle Times Dominic Gates reports, FAA chief Michael Huerta made it clear the troubled jet's three-hour ETOPs is absolutely under review. 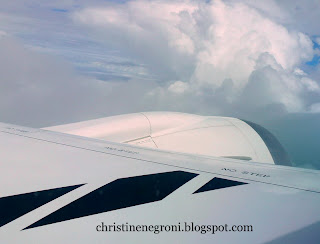 "How can it not be?" I was told by an experienced FAA observer familiar with the ongoing deliberations. In considering whether twin-engine aircraft can operate over water for lengths of time between three hours, which the Dreamliner presently holds and five and a half hours which the planemaker promised to its 787 customers, the FAA must determine if the batteries are part of the plane's electrical system. If so, that makes those lithium batteries troublesome once again because under ETOPs certification all airplane systems must remain available throughout a maximum duration diversion. 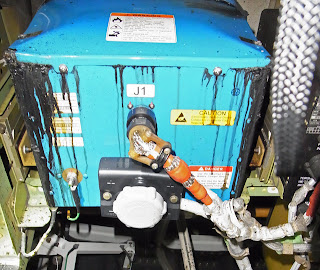 Faced with a battery with a propensity to smoke and sizzle as demonstrated by two events in the span of a week in January, Boeing has taken an isolate and disable approach in the new battery design it is proposing to the FAA. Setting aside the question of whether this kind of battery can be certifiable under the one in a billion standard (because I've already blogged about that here) if Boeing can't convince the regulators to give back the plane's ETOPs rating, there are going to be some very, very, angry 787 purchasers.

As I wrote last week for the APEX Editor's Blog, no airlines have yet filed lawsuits against Boeing for its performance failures with the 787. But the Dreamliner's biggest customers have routes that will require ETOPS to fly. These include All Nippon Airways, Japan Airlines, with 50 Dreamliners in their fleets already and others like United which owns seven and Air New Zealand which has ordered but not received any 787's.

"The fix that we're proposing," Sinnett told reporters one month ago, "is considered a permanent and complete set of fixes and so we've got no limitations on the airplane that results from that." Uh, Mike, wanna give Huerta a call?

Back in the Dreamliner's golden months - before it surpassed laptops and cell phones as the symbol for the frailties of lithium ion (read about the NTSB hearing on the subject here)  - the description given to this airplane was "game changer". Come 'on, you've heard it too. That moniker was used to describe how the 787 capabilities would create new ways to connect the world.  Now it looks more like if Boeing wants to change the game, its going to have to start by changing the rules.

Posted by Christine Negroni at 10:41 AM

I'm guessing the FAA is deeply embarrassed by what amounts to a certification disaster: too much "newness". They are bound to cover themselves. As for me? I will not step inside a B787 while stalwarts like the B777 and big, well proven Airbuses (flew in a couple of A380's last week) are on the menu.

As usual you ask some interesting questions. I don't see the connection between the batteries and the engines. If a four engine airliner had the same battery issues there would be no ETOPS discussion.

The ETOPS standard asks, "Can the airplane sustain a simultaneous engine failure and pressurization loss and land safely at a suitable alternate airport.

If battery performance is to be included into extended range operations, as in the case of cargo fire detection and protection, it would need to be applied to all airliners.

Avoiding the 787 is certainly a choice. However, consider that almost all of the threats associated with extended range operations are not specific to the 787 or two engine aircraft in general.

Seems to me that the crux of the ETOPS issue, as Christine has (well) said, is going to be that "...the FAA must determine if the batteries are part of the plane's electrical system." Everything I've seen tends to support that they are; e.g. if one of the batteries packs it in during ETOPS operation, is there confidence that (1) the remaining one can handle the full load for the time remaining?; and (2) the airplane can continue if BOTH batteries pack it in?
IMHO the reality is going to be whether prospective pax willingly take their chances.

ETOPS is extended operations of every system of an aircraft. Can the aircraft sustain the level of safety it was designed for as it traverses the gaps of alternate airports along the route of a vast ocean, mountain ranges or frozen continents like the North and South Pole? If there is doubt, abort!