Will Passengers Weigh in on the Dreamliner? 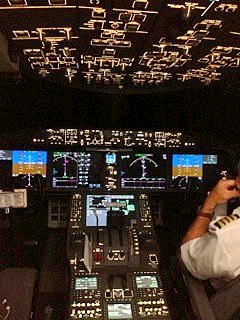 Does the decision of the Federal Aviation Administration to allow the Dreamliner to fly again need judicial review? An airline passenger rights organization thinks so. In a petition to the U.S. Department of Transportation and the FAA, FlyersRights.org is asking that the Boeing 787 be restricted to routes that are no farther than 2 hours from the nearest diversion airport.

Paul Hudson, the president of FlyersRights.org and the chief of the Airline Consumer Action Project says the issue is "urgent" since airlines around the globe are beginning to put the Dreamliners back into service as Boeing's battery-in-a-box safety enhancements are completed.  Hudson is using the Administrative Procedure Act, a process that can subject government policies to the review of a court.

The Dreamliner was grounded for four months this year after two Japanese airlines experienced battery overheating on their 787s. A global investigation and a lot of wailing about the the design and certification of the airplane followed. 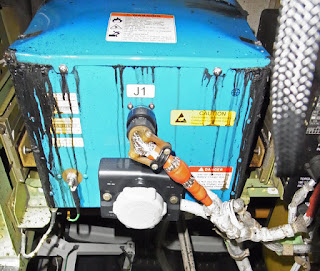 "When batteries start burning up, that's a problem for the airlines," said Hudson, explaining why he filed the petition, which was accompanied by "exhibits" consisting of a few newspaper articles related to the grounding and the CV of a battery expert now an consultant in Baltimore.

I won't argue with Hudson's goal, but several things strike me as odd and I'm not alone in wondering who or what is behind this campaign, because I don't see a groundswell of concern coming from air travelers.

David Rowell, the Seattle-based editor of The Travel Insider, read through the petition and was unimpressed. In an email to Ms. Hanni, Rowell wrote that while the idea was a good one, the document could not be taken seriously.

"I don't see any smoking guns in your materials," he wrote. "Quite the opposite, I see embarrassing omissions of factual support for your claims leading to the danger that your petition will be laughed away" he wrote. The problem with that, Rowell added, is that presenting a bad argument could actually lead to the perception that the 787 battery problem has been solved.

Hanni replied that she wasn't making decisions at the flyer's rights group anymore, though  her 9 hour stranding on a plane in Austin, Texas in 2006 was the event that launched her into the spotlight as an advocate for air travelers.


Despite Kate Hanni's high profile, neither her (former) organization nor ACAP have much of a presence in air safety circles. ACAP, btw, was started by Ralph Nader 38 years ago. When I asked Hudson why passengers should be be part of a safety review of the Dreamliner he said they have a vested interest.

"It's the passengers and the crews" who are at jeopardy on the Dreamliner he said.

Rowell says "I like the idea of allowing passengers a voice, sort of. But in truth, what level of expert opinion on risks and outcomes can a passenger offer to a high level discussion?" 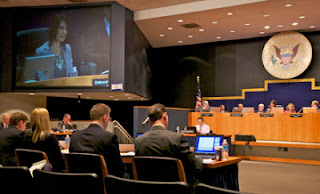 Having sat through three days of presentations on lithium ion batteries, fault tree analysis and certification standards last month, I think both men are right. Passengers do have a vested interest, but they don't seem to care. Absent an airplane disaster most air travelers take safety for granted. This is why I can't shake the feeling that something else is going on behind the scenes in this latest episode in the Dreamliner drama. Anybody want to venture a guess what it is?

For some time now, the flying public was short-changed by airlines. Some examples;-
1. The ever shrinking seat. 10 abreast twins with 32 inch seat pitches work because there is always a new sucker willing to sit through 5 to 10 hours of agony.
2. Twins with extended ETOPS - if a twin loses an engine far from an airport, it has to immediately divert at a lower altitude to the closest airport. A quad can in many cases continue to the original destination. However, a Twin is cheaper to operate - the savings are not passed onto passengers.
3. Toxins being passed into the passenger areas affecting aircrew and passengers.

Personally I select the aircraft first, then the airline before I book a flight. I will not fly on the B787 until around 2016.