Helping International Arrivals And Airlines Too 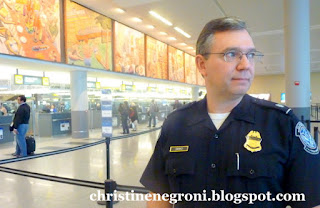 Does it strike anyone else as odd that of all the foreign airports in all the world, Abu Dhabi International would be one of the few to offer immigration pre-clearance for travelers heading to the United States? Let me answer my own question. Yes it does. Several members of congress - also flummoxed by this proposal have added an amendment to the Department of Homeland Security budget appropriation, that's essentially a not-so-fast-there, yank on the leash to DHS.


Unions, airlines and airport executives were all scratching their heads when it was revealed last year that a dozen or so U.S. Customs and Border Protection agents would be stationed in the Emirati capital - clearing passengers bound for the United States so that on arrival, they would zoom through the airport like domestic travelers. 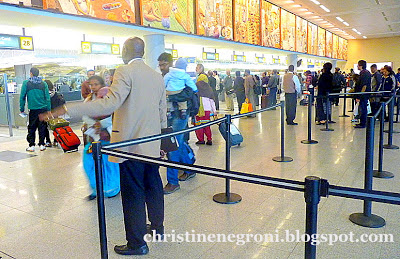 Anyone who has ever waited for an hour or two or more to clear immigration at one of America's international airports can see the benefit of flying on an airline that effectively eliminates that. Why, it's better than taking your luggage with you on the plane to avoid baggage claim.

The question industry leaders like Airlines for America had was this; Why provide Etihad with this competitive advantage over U.S. airlines, none of which fly out of Abu Dhabi? 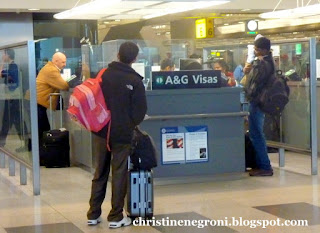 The idea of pre-clearing travelers to reduce immigration wait times at ports of entry is a good one. On a visit to New Zealand in 2011, quite a few Kiwis told me when traveling they choose any route other than one that takes them through the United States, which of course means any airline but an American one. Who can say how much money is lost because of this?

DHS Secretary Janet Napolitano argues that having American immigration officers on the ground at these foreign airports improves security - giving  U.S. agents a level of control beyond our borders. Better to check the passengers before they get on the plane than after they are airborne, she told The New York Times.

Popular international destinations for Americans like Aruba, Bermuda, eight cities in Canada and two cities in Ireland already preclear travelers alleviating a bit of congestion. With 80 million people traveling to the U.S. each year it doesn't seem too hard to come up with a list of candidate airports where adding pre-clearance could do even more to reduce wait times at immigration halls while offering some benefits to U.S. airlines too.

Posted by Christine Negroni at 4:58 PM

A bigger problem is that the US doesn't have sterile international transit as pretty much everyone else does. If you are flying via other places you do not have to go through immigration and customs just because you are in transit, while the US requires this.

In addition to exposing you to the unpleasantness of US immigration (despite not setting foot in the country), you have to budget many extra hours due to its unpredictability which makes your journey take even longer. It is a wonder anyone would accept US transit.

Why shouldn't Etihad and Abu Dhabi benefit from this service? I am sure they are paying handsomely for it.

And, why are US airlines so vexed about it? They haven't had the foresight to fly to Abu Dhabi so it poses no real competitive threat to them and they have lacked the vision to enable the facility at other airports where it would benefit their passengers.

This sounds of 'sour grapes'. It must be embarrassing for the executives of the US airlines that Etihad (and other Middle East carriers) have a clearer understanding of passengers desires and the 'little guys in the desert' have found a way to fulfil it before they did.

I hope this is the opening of the flood-gate and pre-clearance (for the US and other nations) becomes more common around the world. Either that or the DHS and CBP find a way to make the immigration process in the US a little smoother and less intimidating.

Seems to me it might be a security consideration more than pandering to Etihad. Maybe it is better to screen passengers for immigration problems before they get on the airplane as opposed to when they arrive in the USA.

As someone that suffered the indignity of transiting the USA without a visa many years ago (not stopping here mind you, only passing through on a 3 hour layover from Japan to England), I too am amazed there is no sterile international transit.

in the airport staff is good and well with the passenger.it make the airport famous and great.the help of people is a good habit. Gatwick airport Parking

Thank you for provide this information to us.

Airports play an important role in a state's economy. Thus it has a quality of service delivery. Thank you for providing this piece of information. Meet & greet at Gatwick