No Single Cause for 787 Battery Problem - News? Not Exactly 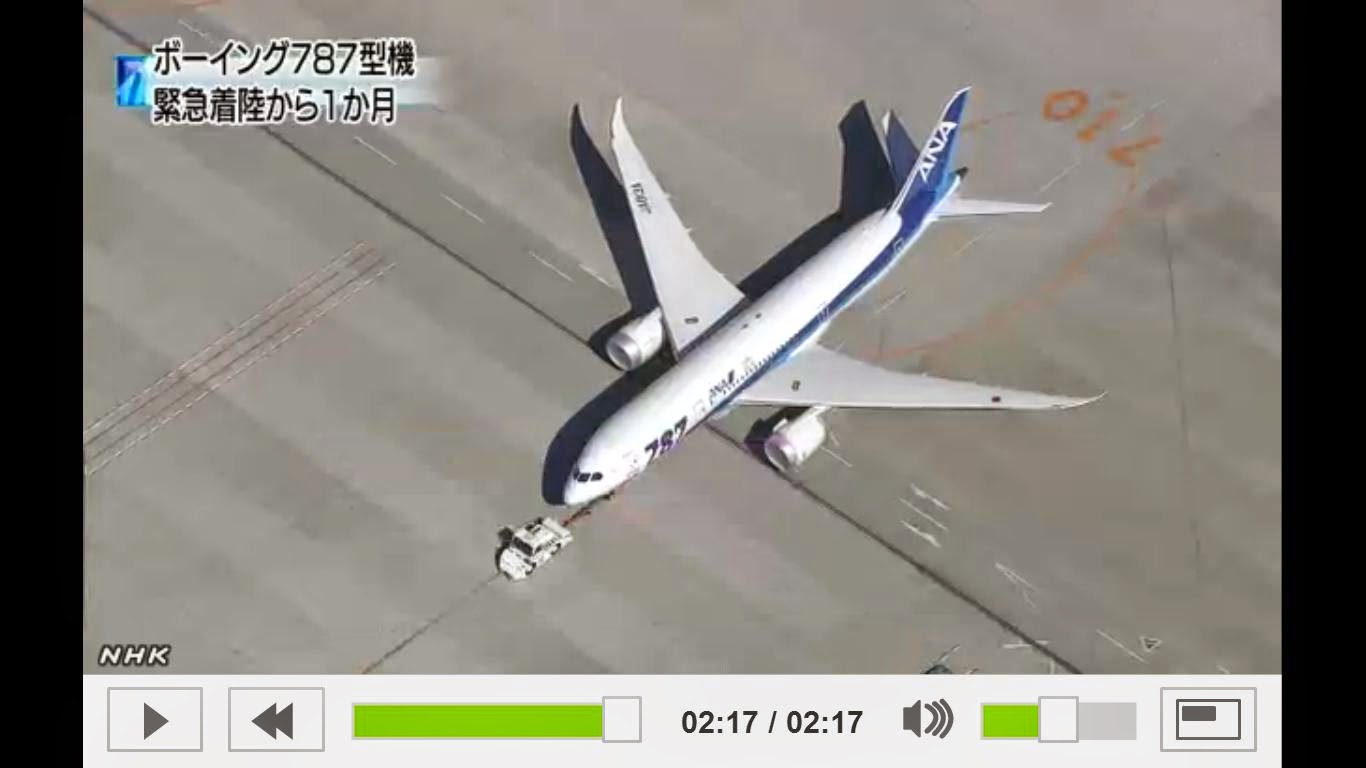 a report on what caused the lithium ion batteries on three Boeing 787 Dreamliners to emit smoke (and in one case catch fire) in 2013 and 2014. The newspaper Asahi Shimbun reported that the JTSB has concluded there is deterioration of the electrolyte solution in low temperatures. All three battery events on Japanese airliners occurred in the month of January.

A translation of the articles provided to me by my correspondent in Japan, Takeo Aizawa, says  a phenomenon called deposition, or a build up of lithium metal, creates needle-like objects that can connect and create short circuits in the battery solution. Deposition, is the opposite of dissolution, or from what I can tell, a re-solidification of elements previously suspended. Cold can be a factor in dissolution. 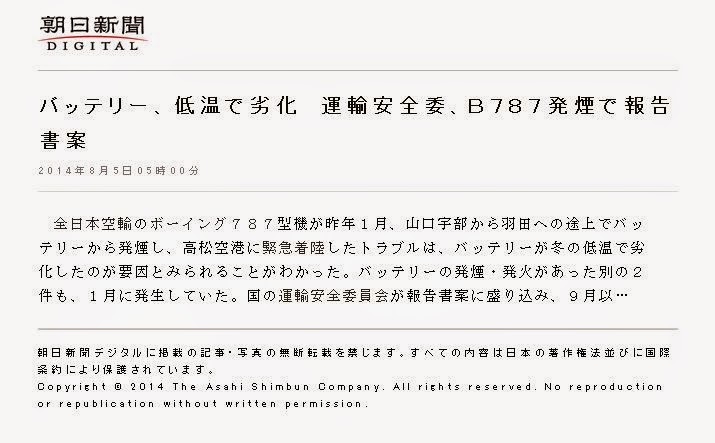 This is the first update since March 2014, when the Federal Aviation Administration wrote its report clearing the Dreamliner of any safety issues related to its novel new lithium ion battery and other pesky concerns having to do with the plane's design, certification and production. (Read more here about why that report reminds me of Woody Allen's famous joke about sex.)  Still, as far as new news goes, the Japanese suggestion seems to me to be different words applied to the same well-known issue.

Since the first two 787s batteries went haywire, a Japan Airlines Dreamliner in Boston on January 7, 2013 and an All Nippon Airways plane on flight to Tokyo on Jan 16, investigators have been troubled by the possibility that teeny-weeny dendrites - let's call them particles - will form and grow within the battery structure.

In 2010, a year before the very first commercial flight of a B787, Lewis Larsen wrote  that this creates "the probability of dangerous internal electrical shorts as the battery ‘ages’." So dendrites are not a new phenomenon or a newly discovered hazard. Nor is their production exclusively linked to cold.

From what I can see, dendrites are more like ants at a picnic; another natural phenomenon. Just throwing down the blanket and unwrapping the sandwiches is invitation enough. You may get through lunch and even a nap in the shade before the ants arrive or you may not. 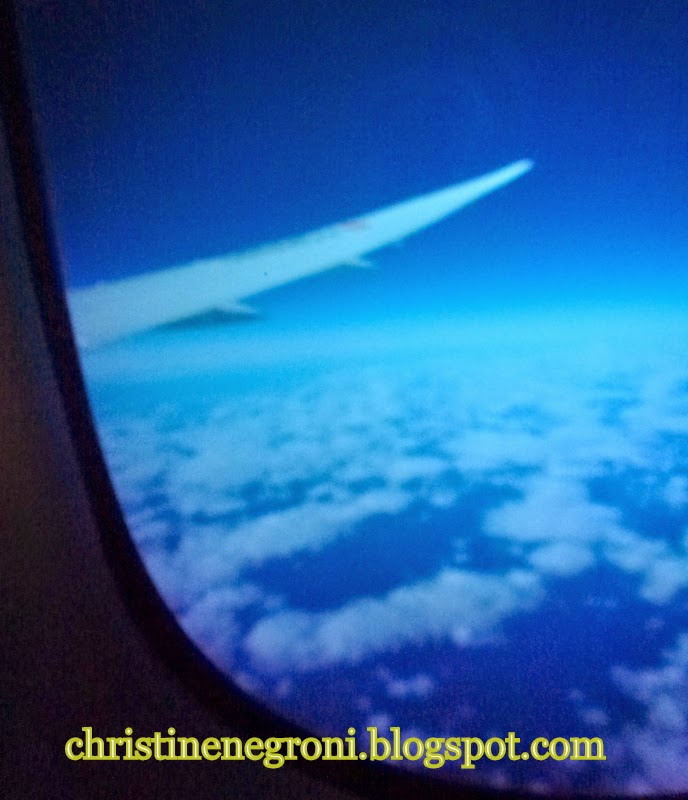 For air safety authorities, acknowledging the inevitability of dendrites is the first step, though from the reports its not clear whether they have actually taken it.

The second step is determining if Boeing's post-grounding design changes are sufficient to mitigate the consequences of a thermal runaway whether initiated by dendrites or something else.

The JTSB apparently is prepared to say that the Dreamliner's battery issues are the result of several factors. "No single cause will result in emitting smoke, but complex causes will."

Complex designs lead to complex failures, no surprise there. When the bright investigative minds in Japan and America decide if enough has been done to protect travelers from the known and unknown hazards designed into the world's newest airliner, that will be big news.

Posted by Christine Negroni at 9:58 AM

As I commented after your May 23d column, this is terrific, and your series on the Li batteries is exemplary of what investigative reporting is all about. It's too damn bad that the FAA boffins are so demonstrably ignorant of scientific method. Failure to conduct its own testing *in situ* is unconscionable. I'm sure that every aviation plaintiff's attorney has your series on file.