Who is an air crash investigator? On those television documentaries, there’s always some government sleuth who cracks the case with extraordinary tenaciousness and a lot of taxpayer money to spend on labs, test flights and reconstructions.

The ever-popular NBC News commentator and Greg Feith usually makes an appearance, which gives me a chance to remind my readers that his nickname is “the Mud Stud” picked up during the ValueJet crash of 1996.

Bob Benzon, Bob MacIntosh, and other folks not named Bob but but with experience working for a government  accident bureau are also featured.

Having spent eight years heading up the investigation department of the American aviation law firm, Kreindler & Kreindler, I’d like to add that there are lots of non-officials who also try to figure out what happens after an air accident.

In fact in my upcoming book, Lost and Confounded, an entire section is devoted to the non-official, in some cases armchair investigators who challenged the probable cause reports in some very controversial crashes including the Air New Zealand Mt. Erebus disaster in 1979 and the Eastern Airlines flight into terrain at Mt. Illimani in 1985. 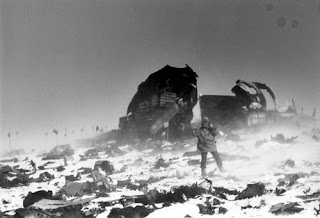 All of us learn from each other. Conferences like the annual seminar put on by the International Society of Air Safety Investigators are great for sharing.  Here are two other upcoming events that sound pretty darned interesting.

AViCON, a two day conference for legal and insurance professionals – focusing on safety, investigations and claims starts tomorrow in Stevensville, Maryland. NTSB Chairman Chris Hart will be there and I’m pretty sure RTI Forensics, sponsor of the event is going to show off some of their high-tech tools. I know this is last minute, but if you are interested, I’m sure the folks at RTI will squeeze you in.
https://vimeo.com/134668818

FAA’s Civil Aerospace Medical Institute is opening up its fancy pants injury lab for a two-day conference on November 3 and 4. Dennis Shanahan  and Eduard Ricaurte, two of my favorite aerospace physicians will be speaking along with many others.

Plan to learn about the multitude of ways bodies get banged, burned, and otherwise mangled and what those injuries can can teach the industry about how to do this flying thing better and safer.  Oh and for those actual on-scene tin-kickers out there, the Injury Mechanism Analysis Workshop has something for you, a lecture on how to do your job without becoming a victim yourself.

For more information on the CAMI seminar click here.

Posted by Christine Negroni at 8:40 AM