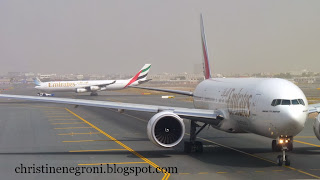 
Sure, Emirates, Qatar Airways, Etihad and Lufthansa have together placed the largest order Boeing has ever received - $76 billion from Emirates alone - for its new model Boeing 777X, still under development. The way Emirates is spinning it, that's seventy-six billion real live American greenbacks headed this way as opposed to, say, Airbus, based in France.

U.S. Secretary of Commerce Penny Pritzker and Washington State Senator Maria Cantwell joined the foreign carrier in expressing delight. It is a "win/win for our economy and our workers," Secretary Pritzker said. No wonder Emirates is thrilled. No wonder a number of U.S. based airline workers are furious. 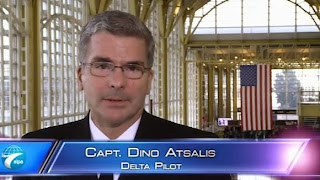 "The Middle East carriers are threatening all U.S. aviation," said Dino Atsalis, a Delta Air Lines captain and the head of the government affairs group for Delta pilots for ALPA. The 777 manufacturing jobs won't compensate for the jobs that will be lost if foreign carriers continue to poach passengers from U.S.-based airlines.

"They don't have labor protection laws in these foreign countries that protect like we do here," Atsalis told me. He said that as airlines like Emirates increase market share in other countries, those nation's airlines will suffer, citing Qantas, which entered into a code share with Emirates in 2012.

"Qantas is a shell of itself, it has become a feeder for the routes that Emirates is flying," he said.


Emirates has put a whole lotta effort into creating a customer-friendly airline. It offers 63 flights between its base in Dubai and six U.S. cities. (New York, Houston, San Francisco, Dallas, Seattle and Los Angeles.) In October, it began flying from New York to Milan under Fifth Freedom rights providing direct competition to Delta Air Lines and United.

In a white paper called Leveling the Playing Field, ALPA argues that actions by the U.S. government have put American carriers at a disadvantage in the global marketplace. On this, the union is in step with Airlines 4 America, the trade group that has been making this same point to anyone who will listen since Nick Calio took over nearly three years ago.

"Our issues are non-partisian," Calio told me at the International Air Transport Association's annual meeting in Cape Town in June. The way the United Arab Emirates has used air transport "as a strategic asset" to boost and diversify its oil-based economy is great for them and nothing like America's policy, Calio said, because there is no policy.

Instead, American politicians turn their attention to the airlines only in response to the complaints of passengers, who may or may not even recognize that the deteriorating experience of air travel is not entirely the fault of the airlines. There's plenty of blame to go around.

Don't get me wrong. The U.S. airlines are plenty flawed. But they are hobbled by the fact that the government involves itself in aviation only to levy taxes on tickets while feigning concern about fares or to pander to passenger complaints about personal electronic devices and tarmac delays. 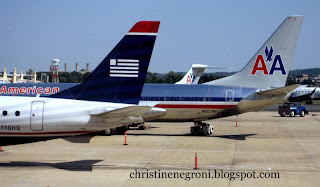 The American Airlines/US Airways debacle is the most recent example. Really, what was Justice Department opposition all about? After allowing merger after merger over the past decade, all of a sudden, this particular marriage is anti competitive? Never in the history of airline hookups (okay, I'm making that up, but it seems right) has an airline pairing been so welcomed by so many principals.

Using ticket prices as the litmus test is itself flawed. As A4A is happy to point out and was reiterated in this excellent article by The Atlantic's Derek Thompson, the cost of traveling by air has plummeted over the years. Fares are so low that many people don't think twice about hopping on an airplane. And between budget carriers and legacy airlines, a broad range of fares is usually available.

My observation of the global aviation industry leads me to believe that for the most part, Calio and Atsalis are correct. Our nation's lack of a strategic plan for aviation is just messed up.

So congratulations to Boeing for making a fist full of dollars selling planes to foreign airlines. But when bureaucrats and politicians are finished celebrating that particular victory, it will be time to sit down with the rest of the industry and hammer out a plan that U.S. airlines, American workers and passengers can also celebrate. Correction: It will be long past time.

Posted by Christine Negroni at 3:41 PM

I agree with the sentiment of ALPA and my pilot colleagues, but at a certain point this becomes a little xenophobic. Let's be clear: this isn't about demonizing foreign carriers, who are only doing what they have every right to do. The problem is our own government's failure to recognize air travel as the economic driver that it is. Meanwhile, our airlines, too, sometimes seem hellbent on outsourcing and code-sharing away their global networks.

As a complement to your story, readers might enjoy my own complaints, here...

Patrick, I don't think anyone is demonizing the Gulf airlines. Certainly not the folks I interviewed and not me. Were there any serious complaints about the Gulf carriers, they wouldn't be as successful as they are in grabbing market share. America's governmental failure to recognize air travel as the economic driver, as you stated, is the crux of the problem. Thanks as always for sharing your thoughts and directing us to your blog, which is always a fun read.

As an advocate for persons with severe psychiatric disorders, I find the use of the term "Schizophrenic" in the title offensive. Schizophrenia is one of the most severe and disabling neurological disorders known to mankind, and using this term outside of the health care field is, in my opinion, inappropriate. How would a person with Cancer feel if we titled the blog, "America's Canceric Policy" or someone with Alzheimer's "America's Alzheimeric Policy". Please respect those individuals with Schizophrenia and their families who suffer. Thank you. - Ed Francell

Interesting article, coming from MENA and living in the USA I view US carriers as domestic operators with a side international business. Emirates operate to cities in the USA which have no direct US airline competitors, so what passenger traffic is Emirates taking away from Delta in particular. No foreign carrier competes within the US market and they rely on US airlines to provide feed through code share or alliances. On the contrary foreign carriers increase domestic traffic on US airlines. The problem is capacity control which has prevented domestic markets from expanding and a fetish with ancillary fees to produce anemic profits. US carriers have forgotten there are markets in MENA, Africa and Asia that have millions of immigrants in the USA and a rising middle class that wants to travel and visit their friends and relatives here. Does the USA need an aviation policy, sure they do, every country needs one.

I have to take issue with your referring to the piece in The Atlantic as being excellent.

While it is true that airfares did steadily decline, am I the only one to notice that the decline stopped in about 2000, and since then have variously been flat and now are rising again. This is even more apparent if you extend the data series all the way through 2013, with airfares 3.9% up in Oct 2013 compared to Oct 2012, compared to an inflation rise of only 1%.

And, am I the only one to notice that the airlines are now enjoying record profits?

The DoJ was very right to object to the AA/US merger, and very wrong to then abandon its position in return for some specious trivial 'concesssions'.

The DoJ was also wrong, albeit successively less so, to approve all prior mergers too, but being wrong in the past should not be used as a reason to be even more wrong in the present.

When you say 'fares are so low that most people don't think twice about hopping on an airplane' I think you'll agree that was a loose bit of rhetoric, rather than a scientific statement based on facts.

Oh, did I mention that in the last twelve months, August to August, domestic air travel decreased by 0.9% (and the US population as a whole increased by 1%, so really this was a 2% decrease). Air fares are no longer low. I find myself being asked to pay twice what I used to pay for travel on most routes I frequent, and believe me, I do think twice and do travel less regularly.

I'm surprised that no responder has yet raised the issue of service. In my experience flight attendants on non-US airlines (except BA) understand that passengers are paying customers, upon whom their incomes depend. US FAs act as though they're doing the pax a favor.