Looking Back on a Year of Flying Lessons 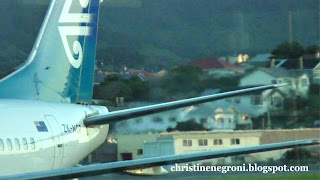 There’s no better way to see the ebb and flow in the world of aviation than to go back and review the events of the past year. As I look at what I saw fit to write about in 2012, I appreciate the unconventional approach some airlines have taken in response to the rapid changes in the industry. 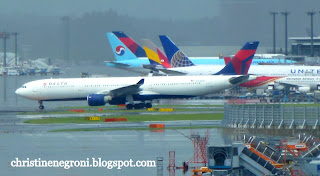 Kudos to Delta Air Lines and Air New Zealand for flying solo into uncharted territory. Delta decided to buy an oil refinery to gain control of its largest and most unpredictable expense. Air New Zealand added financial services  to what it offers its passengers with a combination debit/loyalty/cash card.

Who can say if these novel approaches will accomplish what the airlines desire? But it’s an admirable off-our butts and-into-the-field approach during challenging times for airlines.

In the admit-when-you're-wrong-and-revise-the-plan category, Alan Joyce the CEO of Australia’s flag carrier put an end to years of Gulf-airline bashing and made peace with Tim Clark - Emirates president and one of the cartographers of the new map of the airline world.  Qantas and Emirates are now running code shares out of Dubai. Without a doubt that’s the first of what will be many steps former foes will take together. 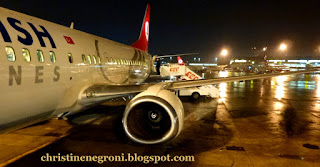 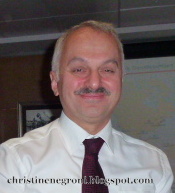 Meantime, Turkish has been quietly and steadily adding routes, airplanes and most importantly passengers. It ends the year with flights to an astonishing 214 destinations. During a interview earlier this month in Istanbul, Temel Kotil promised more of the same with this great quote: “All the branches growing, growing growing, when a hard time comes you cut the branches. This is adaptation,” he explained. “If you don’t have enough profit, you need to cut, if there is profit, it is okay to grow.” And growing is what it is doing, tripling the number of passengers over the past decade. 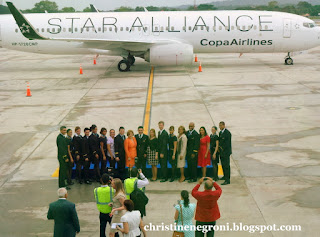 Another area where the tree is growing and branches are thick with fruit is Latin America. The Star Alliance is ready to pick some of it, too having added Panama’s Copa and Colombia’s Avianca. American Airlines claims to own the region with more flights to more destinations, but there’s more than a caffeine buzz jazzing the marketplace, as Joseph Mohan, a Copa veep explained when we met this summer in Panama City. 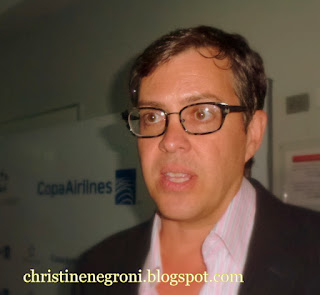 "There’s been a decoupling of the economic survival of Latin America from the United States," he explained. "Latin America has grown organically, it's grown within itself." While in the past it was always a question of which U.S.-based company would play a role in regional development, now Joe explains, "there is much more intra-Latin American commerce," with a consequent boom in the continent's aviation idustry.

Hanging on to its edge in South America is just one of many challenges facing American, now one full year into its bankruptcy and reorganization effort and two quarters into a destination is has not frequently visited - profitability. Will American finally say yes to US Airways' marriage proposal? Tom Horton's answer to that question would be a great quote. But sorry to say, he's not talkin'. 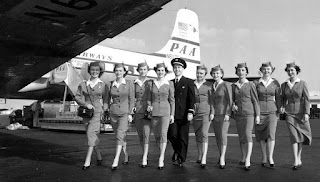 The glory days of aviation were illustrated with disappointing mediocrity this year during the short-lived television series Pan Am, which was off the air by the second month of 2012. The show triggered many great memories, but that airline is no more relevant to today’s world of air travel than the rotary dial telephone is to an iPhone. 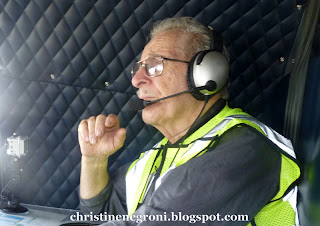 More inspiring than fiction-based on fact, was the celebration of Al Blackman's 70 years of service to American Airlines which was held this July at the airline's maintenance hangar in New York.

Blackman started working at the age of 16 and he's built up some memories after so many years turning a wrench. To mark the day, American took Blackman, friends and journalists up for a spin above the city in an airplane Blackman was practically old enough to have worked on when it was new, the Flagship Detroit DC-3. 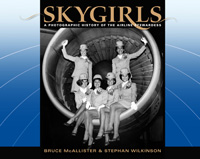 Knowing that the past is past, doesn't keep us from enjoying the stories of how we got to where we are today. In fact with Skygirls, the opposite is true. Bruce McAllister and Stephan Wilkinson's heavily illustrated account of the evolution of the cabin attendant from uniformed nurse to sixies-era miniskirt-wearing seductress to today's (mostly) gender neutral flight attendant is enlightening and funny. I liked the stories, I loved the photos. You will too. (My review is here.)

Even knowing how the story ended, QF32, the story of the first almost disaster aboard the world's largest jetliner, was a gripping read. Capt. Richard de Crespigny (can we please keep calling him "Capt. Fantastic"?) the commander of the five men in the cockpit who helped guide the crippled Airbus A380 back to Singapore's Changi Airport after an uncontained engine failure writes with wit and personality. Richard includes enough details to make one understand why this event should be judged not on how well it turned out, but how close it came to tragedy. (My full review is here.) 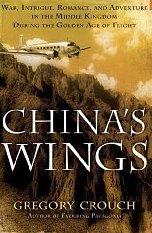 Before leaving for the International Air Transport Association's annual general meeting in Beijing this summer, I made time to read Greg Crouch's excellent, China's Wings. Photos documenting some of the stories of the birth of commercial aviation in China in the 30s and 40s provide proof that these otherwise unbelievable events really took place. (My full review is here.) 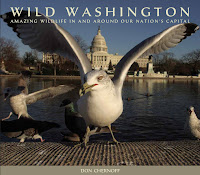 Don Chernoff is an engineer, an inventor and a frequent flyer who's interest in "the original flying machines" inspires every page of Wild Washington, photos of wildlife in and around Washington D.C. From the gull on the cover to the cormorant on the end paper, Don has captured the beauty, the tragedy and the mystery of natural flight.  Is there a better way to end one year or begin the next than to spend some time pondering this earliest form of flight?

Posted by Christine Negroni at 1:54 PM

Jim, you are right. It was in the original but was cut for space. Perhaps that was an editorial error on my part. May I refer you to this post from the summer? http://christinenegroni.blogspot.com/2012/04/airplanes-give-rise-to-state-of.html

Interesting documentation. On going thru the details I was more than impressed by what Blackman did with the wrench at that tender age. I liked the article. Thanks

Happy New Year, 2012 has been a year full of extraordinary and unpredictable turns of events. The effects of these events and many more will shape the industry in many regions MENA, India and North America.
2013 promises to be as exciting as 2012 if not more.

Oussama,
You got that right. One thing you can count on in aviation -- excitement. Happy New Year to you.