ALPA and Airline Pilot Caught in a Whopper

At first glance you might think the stories I filed in Thursday's New York Post and Dallas Morning News are an April Fool's joke, but alas for everyone concerned, what reads like fiction in the newspaper is actually, painfully true. The article profiling American Eagle pilot Timothy Martins in this month's issue of Air Line Pilot magazine by contrast, is not.

EMS helicopter pilot worries; "If they knew what I knew, even the nurse and paramedic wouldn't get on board."

The crash Thursday morning of an emergency medical helicopter in Tennessee is another tragic reminder of the crisis in medical aviation. Three people were killed when a Eurocopter AS350 operated by Hospital Wing crashed near Brownsville, Tennessee after delivering a patient in Jackson. While the crash happened shortly before 7:00 a.m., the bulk of the flight occurred during what is considered "the backside of the clock" the hours between ten p.m. and six a.m.. This is the most dangerous time to fly by helicopter medivac. Nearly half of all the EMS helicopter crashes take place on the backside of the clock.

It's too easy to criticize the Federal Aviation Administration. But this time, I'm glad it's not me who has to make the decision whether to reinstate Northwest Airlines pilots, Timothy Cheney and Richard Cole. The now famous airmen were so focused on their laptops last October that they cruised past their destination, which was Minneapolis, flying on until curious flight attendants called the cockpit, to ask if they'd be landing soon. Only then did the duo realize their error and turn the Airbus 320 - with 144 passengers aboard - back toward the airport.
Read more
Posted by Christine Negroni at 6:39 PM 1 comment: 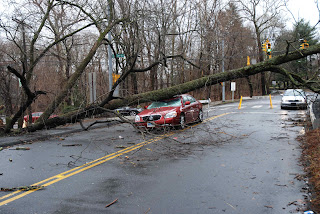 Read more
Posted by Christine Negroni at 5:09 PM No comments: