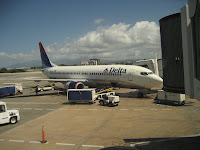 This time of evolution from radar to GPS guided flight was described to me recently as “a period of dramatic and revolutionary change” by Nancy LoBue at the Federal Aviation Administration. She is not alone in this characterization.
Using global positioning information, airliners can fly shorter more direct routes to their destinations, engage in continuous descent approaches and narrow the space between planes as they fly. It’s a whole new world and its long overdue according to Ken Shapero, of Naverus an advanced navigation company that is part of GE Aviation.
Read more
Posted by Christine Negroni at 8:42 PM 3 comments: 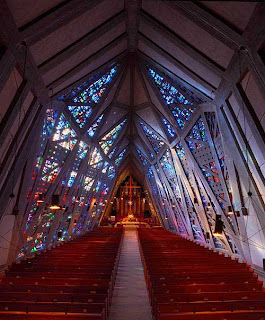 The worship service at my church this Sunday was led by former inmates from Sing Sing, the New York State penitentiary in Ossining. What do men who have served lengthy sentences for serious crimes have to teach generally law-abiding suburban Presbyterians? 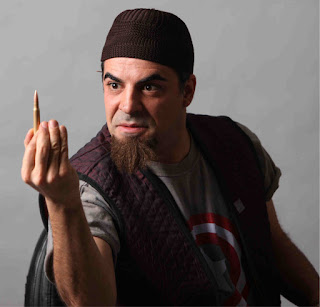 There’s an eerie case of life imitating art at The Common Air a one-man show now underway at the Bleeker Street Theater in New York’s Greenwich Village.
On April 30th, I was invited by the actor, Alex Lyras to attend the play which ends in a dramatic act of terrorism by a young Arab American. Twenty-four hours later and just two miles away, a young Pakistani man tried something similar, parking an SUV with a homemade bomb on a busy New York City street.
Read more
Posted by Christine Negroni at 2:11 AM No comments: 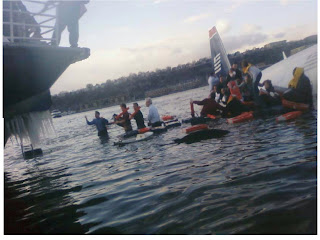 In bringing the official investigation into the Hudson River landing of USAirways flight 1549 to a close on Tuesday, the National Transportation Safety Board, did not conclude the ditching seen ‘round the world was a miracle.
“Even in an accident where everyone survives, there are lessons learned and areas that could use improvement,” said Deborah Hersman, the chairwoman of the board.
Read more
Posted by Christine Negroni at 2:08 AM 6 comments: