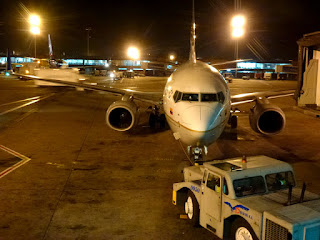 This is a COPA Boeing 737 on a tug at El Dorado International Airport in Bogota, Colombia
Photo taken June 19, 2012 and discovered hiding in a file on Feb 1, 2013

An Aeroflot landing at Frankfurt Airport in December 2012 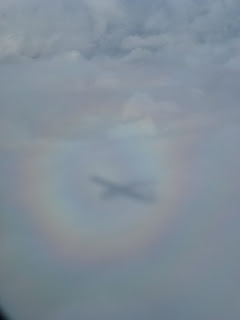 Read the story of this amazing photo here. 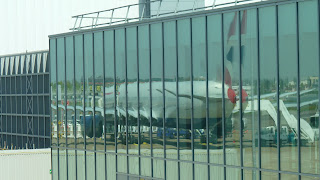 I met Barak Raviv a pilot and businessman at the World Business Forum in New York last October. He was still on a high from a flight he'd taken over Manhattan when, through the gloomy skies, a rainbow appeared. He took this photo with his iPhone and graciously agreed to let me post it here.