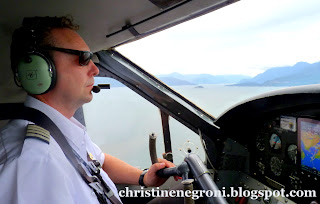 It may come after the single engine deHavilland TurboOtter begins its short takeoff run across the water and the boat effortlessly turns into a plane. It may not be said until the little 14-seater is one thousand feet above the magnificent Georgia Strait, forests below, mountains to the north and sea to the south. It may not come until the conclusion of the flight when Grant scans his intended landing zone looking for a place to put the airplane down between the barges and sail boats, the sea planes heading out and the kayaks passing through.  Amid all this, a wind sock flutters from the center of a midget island and a gas station dominates yet another. 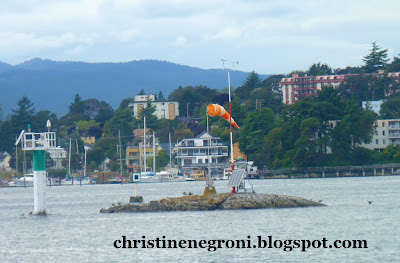 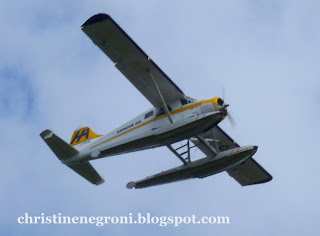 "They tell me, 'this is real flying,'" Grant said, on a flight between Victoria, British Columbia and Vancouver on a late summer afternoon. The lucky ones sit on the right (co-pilot) side of the airplane which is used to allow one more fare-paying passenger.

This is where I sat as I watched Grant fly with one hand on the yoke and both eyes scanning his instruments; a collection of round analog dials from more than a half century ago. They framed a rectangular full color Garmin GPS. I thought that must be a very new addition but Grant told me it has been used as guidance to pilots for the seven years he's been at Harbour Air.


At a time when pilots feel increasingly disconnected from their aircraft because the machine has morphed into a computer, Grant's handling of the Turbo Otter is a reminder of the importance of judgment and situational awareness and the sheer joy of the elemental principals of flight, lift, weight, thrust and drag. 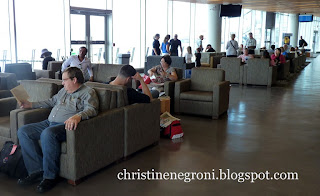 It’s not just the pilots who feel a special connection with this sort of flying. Waiting in a bright and sunny terminal building with a view to planes and boats moored in the picture-postcard harbor, then walking down to the wooden dock to board the airplane via an aluminum step stool are actions so far from contemporary air travel this kind of flight ought to be called something else. 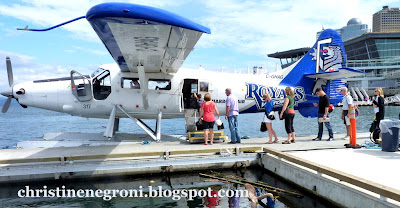 Takeoff comes with few delays and a minimum of fuss. The engine whine increases and the plane careens through the water causing the sea spray to slop up below the windows. Imperceptibly, the plane is in the air and the rocking ends in a tranquil cushion of air. The big cruise ship that was threateningly dead ahead is now below us and turning smaller. The mottled sea flattens into a deep shade of jade green. 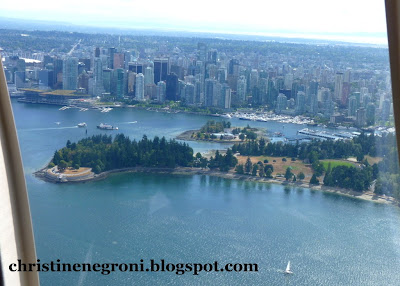 Inside the cabin, newspapers are in view but lying in laps. After all, this sensory-dominating experience removes the ability to focus on anything else. We are connected to the process in a way that is impossible on a jumbo jet. 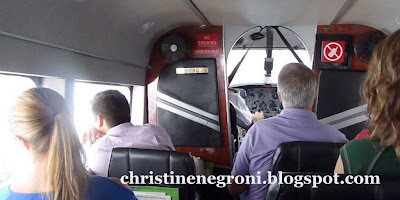 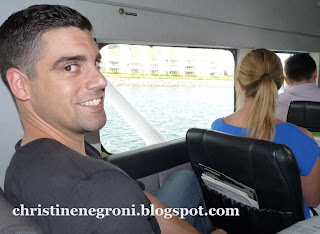 Victoria native Peter Crawford who works as a lawyer in Vancouver leaned over to thoughtfully point out and name for me the islands dotting the strait and the communities nestled in the coves. He was headed home for a weekend reunion with his law school pals. To cover the 60 miles over the ground would take him 3-4 hours. By air he's at his destination in forty minutes.

Beyond appreciating the benefit of getting from A to B in a quarter of the time, flying in a sea plane liberates everyone from the antiseptic process that air travel has become. I know there’s no turning back the clock. Continents can’t be spanned in a 55-year old airplane. 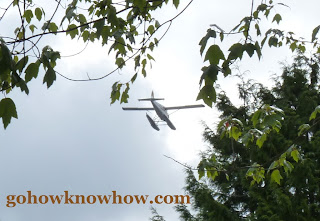 Still, an afternoon in a sea plane is a fantastic antidote to the experience we have become accustomed to since 9/11. It works for those on board for sure. I suspect it is equally effective for those standing in the harbor, or looking above the tree tops to see these beauties make their daily rounds from sea to sky and back again. 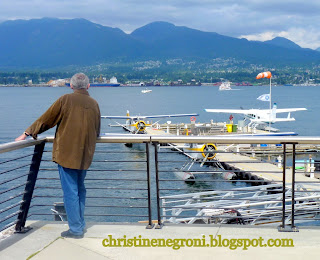 As an old seaplane pilot -- boats & floats -- I wholeheartedly agree.