Globe is Shrinking and So Are Some Airlines 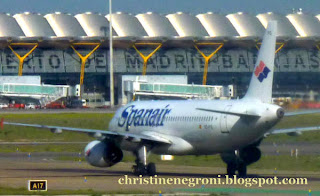 Airline profits worldwide were down 55% in the last quarter of 2011, according to the International Air Transport Association even while more people travel in planes and fewer seats are empty.  IATA's chief Tony Tyler described 2011 as "a year of contrasts."

It is time to acknowledge the era of the national flag airline is over. Air travel is global and the carriers are too. 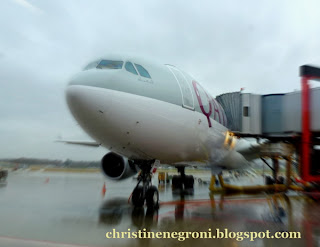 There's an upside and a downside to that and you can credit/blame the newcomers in the space, airlines in the Persian Gulf and Asia.
Even as I type these words, I know I'll be ticking off many of the executives of legacy carriers who have been crying about the unfair competition these airlines present.

Today Royal Jordanian reported it is cutting service to five destinations and I can't help but wonder if this also a result of the rise of the supra-national airlines; Turkish, Emirates, Qatar, Singapore and others who's growth is responsive to the increase in global travel and feeding it at the same time.  These airlines' success cuts into the bottom line of all but the best-managed legacy airlines.

The industry's "old boys" can get as torqued about the arrival of the upstart carriers as they want. This competition is not going away. The game is changing and the survivors will learn how to play by new rules or find themselves grounded for good.
Posted by Christine Negroni at 11:37 AM

The game IS changing. You are absolutely right. The carriers that are ultimately successful will have to adapt to the new reality. Labor relations will be key.

The successful airlines will develop a labor/management relationship that looks more like a dance than a boxing match.

Like war, strikes and bankruptcies are the inevitable result of poor negotiation skills.