MH 17 Probe Divides At the Point of "Who Done It?"


The conclusion that Malaysia Flight 17 was likely downed by a missile that penetrated the cockpit as it flew from Amsterdam to Kuala Lumpur on July 17, 2014 has a certain, no-shit-Sherlock quality to it. After all, there was plenty of evidence within hours of the plane's breaking apart in flight and landing in pieces over an eight mile area in Eastern Ukraine that the plane was felled by a missile.


In a preliminary report released nearly six months ago, the Dutch Safety Board investigators released photos and a debris field plot that indicated the cockpit and forward parts of the airplane came off closest to the last recorded data point on the flight data recorder, "indicating that these parts broke off from the aircraft first. The center and back of the Boeing 777 "continued in a down and forward trajectory before breaking up." 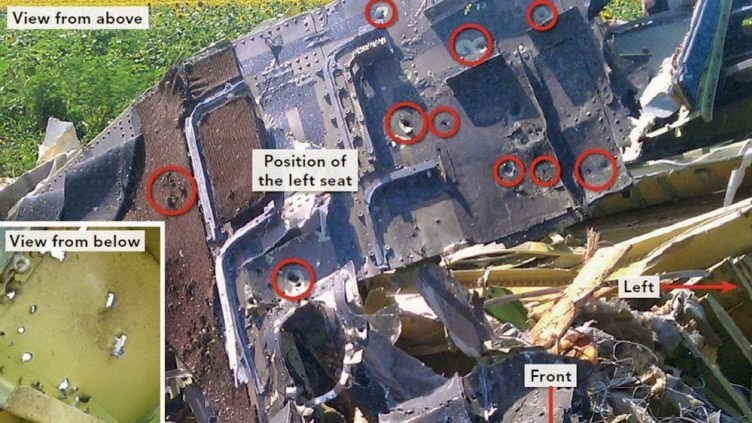 The report also contained photographs of holes the cockpit floor, side wall below the window and roof, damage that the board concluded was consistent with what "would be expected from a large number of high-energy objects that penetrated the aircraft from outside."

Now, in a report leaked to the media in The Netherlands, we learn that the Office of the National Prosecutor in The Netherlands has concluded, "a Russian unit is responsible for the shootdown. Now that is news.

That's a big step beyond what the tin kickers charged with investigating the accident have so far revealed. Then again, its not up to the safety board to say who fired the missile.

Within hours of the loss of the plane with 298 people on board, some pretty damning allegations were made that a Russian-owned battery of  Buk-M1-2 surface-to-air missiles was towed into this part of country under the control of Russian separatists. But in a he said/she said that continues still, Russia claims Ukrainians pulled the trigger while Ukraine claims Russian-backed personnel controlled and fired the missiles. 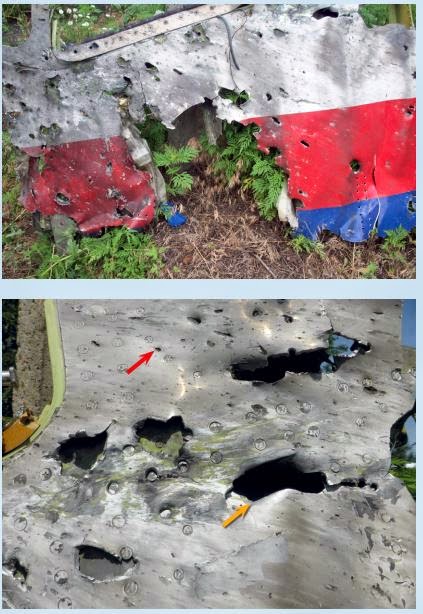 If the Dutch news reports are reliable and I can't say if they are, the safety board has determined the missiles were brought into the country prior to the shoot down based on photos, videos and interviews with witnesses.

Still, having done its job with the evidence it has collected including 12 train cars of wreckage secured from the accident scene in November, it may be that the safety board's job is nearly done.

Fred Westerbeke of the Office of the National Prosecutor in The Netherlands is said to have told reporters that the next steps are his to determine; who controlled the radar that provided targeting information for the missile, and who decided to fire at the plane.

Getting into criminal prosecutions is not the job of accident investigators nor should it be. Where the Dutch and other air accident professionals should be turning their attention is to the difficult question of whether enough is being done to protect civil aviation flying over the world's hot spots.

It was no secret that MH 17 and dozens of other airliners fly over war-torn regions every day. Should they be? Determining why MH 17 was lost may be the easiest part of this particular, multi-layered, multi-national investigation.

Posted by Christine Negroni at 12:36 PM